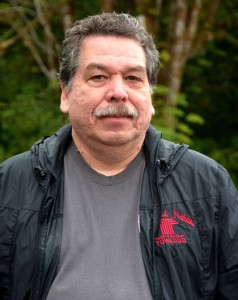 Note: Being Frank is the monthly opinion column that was written for many years by the late Billy Frank Jr., NWIFC Chairman. To honor him, the treaty Indian tribes in western Washington will continue to share their perspectives on natural resources management through this column. This month’s writer is Dave Herrera, a Skokomish tribal member who serves as the tribe’s fish and wildlife policy advisor, and who also is an NWIFC commissioner.

The late NWIFC chairman Billy Frank Jr. left us all many lessons during his time on this earth. One of the most important was also one of the simplest: “Tell the truth.”

But that’s not what the state of Washington is doing when it comes to salmon recovery. You wouldn’t know it from what state government tells us, but the truth is that salmon recovery is failing.

At the center of that truth is the fact that we are losing salmon habitat faster than it can be restored. We cannot recover wild salmon until we stop the bleeding in our watersheds and estuaries.

Another truth is that tribal treaty rights are one of the few things strong enough to stand between all of us and the extinction of wild salmon. We have demonstrated that time and again over the decades.

Most recently, we showed that truth with a victory in the culvert case. We the filed suit in 2001 to force the state to repair hundreds of failing, fish-blocking culverts. These blockages under state roads cut off salmon from hundreds of miles of spawning and rearing habitat. The case was filed as a sub proceeding of the 1974 Boldt decision in U.S. v. Washington that upheld our treaty fishing rights reserved in treaties with the United States.

On March 29, 2013, federal district court Judge Ricardo Martinez confirmed those rights by issuing a permanent injunction. He ordered the state to repair more than 600 of its fish-blocking culverts over the next 17 years. He wanted to “ensure that the State will act expeditiously in correcting the barrier culverts which violate treaty promises.” Martinez noted that funding for the repairs would come from the state’s separate transportation budget, not at the cost of education or other social services.

Judge Martinez clearly ruled that our treaty-reserved right to harvest salmon also includes the right to have those salmon protected so that they are available for harvest. And not only by tribes, but by everyone who lives and fishes in the region.

It’s the same with tribal hatcheries and the 40 million or so salmon they produce every year. Tribal hatchery production makes the pie bigger for all because everyone can harvest those fish.

Without the tribes, the salmon and its habitat would be in far worse shape than it is today. We bring to the table our treaty rights, traditional and scientific knowledge, funding, and a strong cultural commitment to recovering the salmon resource. Everyone benefits from the work we do.

Perhaps most importantly, tribes and our treaty rights bring the rule of federal law to natural resources management. Federal law trumps state law and treaties are protected under the U.S. Constitution as the “supreme law of the land.”

The truth is that tribes aren’t the only beneficiaries of treaty rights. Non-Indians benefit from them as well. Besides sharing the natural resources of the region with the tribes, non-Indians have homes, businesses and schools on lands ceded by the tribes in return for the fishing, hunting and gathering rights tribes reserved in the treaties.

But our treaty rights – and the protection they give to all – are under constant, heavy attack by those who want to close our fisheries, shut down our hatcheries and destroy the salmon’s home. That puts treaty rights at risk for everyone.