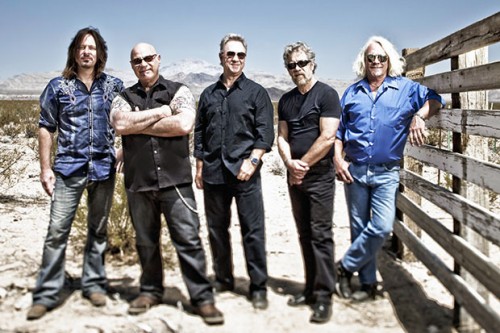 By Brandon Adam, The Arlington Times

TULALIP — They toured alongside John and Tom Fogerty during the 1960s as the driving rhythm for Creedence Clearwater Revival, and they’ll be performing at the Tulalip Amphitheater Sunday, Sept. 7.

Credence’s original drummer, Doug “Cosmo” Clifford, and bassist, Stu Cook, perform as Creedence Clearwater Revisited — a tribute band.
“We take the music seriously, but we don’t take ourselves seriously,” Clifford said. “It’s a recipe for a good time.”
In 1995 Cook and Clifford formed Credence Clearwater Revisited to pay tribute to their original sound.
Sometime before that, Clifford was living on the Nevada side of Lake Tahoe, and Cook was residing in California. The two thought about relocating to some place in California. When reunited in the same state, Cook and Clifford jammed for a bit but that grew old quickly, and the two committed to a new project.
The project started out small, but grew in popularity and were eventually promoted by a friend.
“We were doing private shows for about three or four months just as something to do,” Clifford said. “The shows went well.”
Now the band tours nationally and internationally for rock and roll and CCR fans.
Though Revisted stays true to its classic sound, the kind of music is still relevant to the “single-digiters,” Clifford said.
“We have more young fans than older fans, and we continue to bring in younger fans,” Clifford said. “We do get a lot of airplay on the classic rock stations.”
Clifford and Cook look forward to spending some time in the Pacific Northwest.
“We certainly have been around the Northwest. It’s a beautiful place,” Clifford said. “There’s lots of rain, and we got the ‘rain song,'” he said, referring to Who’ll Stop the Rain?”