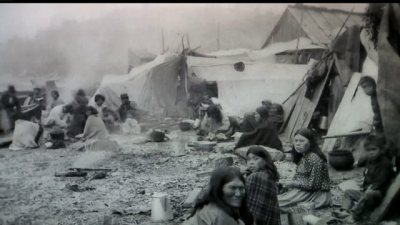 SEATTLE — The Seattle City Council will vote Oct. 6 whether to celebrate   “Indigenous Peoples’ Day” on the same day as the Columbus Day holiday.

A council committee met Wednesday and advanced the resolution that would recognize the day on the second Monday in October in Seattle.

“We know Columbus Day is a federal holiday, we are not naive about that, but what we can do and what you have seen is a movement,” said Matt Remle, supporter of the Indigenous Peoples’ Day designation.

During the committee meeting, Italian Americans expressed their concerns. Many of them support Indigenous Peoples’ Day, but believe it should not replace Columbus Day.

“For most Italian Americans, Columbus Day is a symbol of pride in our heritage,” said Audrey Manzanares.

Many of those who spoke to the council committee did not attend the first hearing. In early September, the council delayed the decision.

As the council considers the change, Seattle Public Schools is in a similar situation.

District leaders were scheduled to discuss recognizing Indigenous Peoples’ Day at a board meeting Wednesday night.

“The city and a few other organizations have put it forward to us and requested our alignment in this work,” said Shauna Heath, of Seattle Public Schools.

Supporters of the measure expect the City Council to pass it.

“Hopefully, we will get a unanimous vote and honor native people, indigenous peoples, in this area,” said Remle.