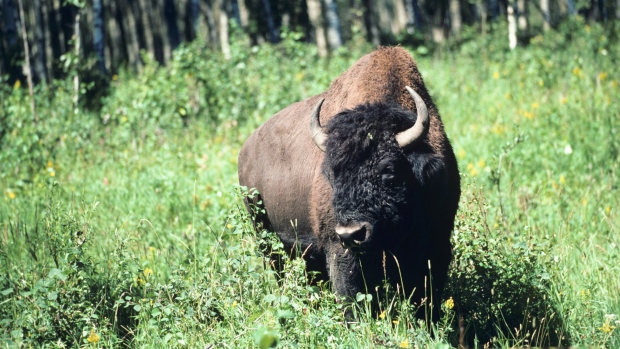 BILLINGS, Mon. — Native tribes from the U.S. and Canada signed a treaty Tuesday establishing an inter-tribal alliance to restore bison to areas of the Rocky Mountains and Great Plains where millions of the animals once roamed.

Leaders of about a dozen tribes from Montana and Alberta signed the pact during a daylong ceremony on Montana’s Blackfeet Reservation, organizers said.

It marks the first treaty among the tribes and First Nations since a series of agreements governing hunting rights in the 1800s. That was when their ancestors still roamed the border region hunting bison, also called buffalo.

The long-term aim of Tuesday’s “Buffalo Treaty” is to allow the free flow of the animals across the international border and restore the bison’s central role in the food, spirituality and economies of many American Indian tribes and First Nations — a Canadian synonym for native tribes.

Such a sweeping vision could take many years to realize, particularly in the face of potential opposition from the livestock industry. But supporters said they hope to begin immediately restoring a cultural tie with bison largely severed when the species was driven to near-extinction in the late 19th century.

“The idea is, hey, if you see buffalo in your everyday life, a whole bunch of things will come back to you,” said Leroy Little Bear, a member of southern Alberta Blood Tribe who helped lead the signing ceremony.

“Hunting practices, ceremonies, songs — those things revolved around the buffalo. Sacred societies used the buffalo as a totem. All of these things are going to be revised, revitalized, renewed with the presence of buffalo,” said Little Bear, a professor emeritus of Native American studies at the University of Lethbridge.

Bison numbered in the tens of millions across North America before the West was settled. By the 1880s, unchecked commercial hunting to feed the bison hide market reduced the population to about 325 animals in the U.S. and fewer than 1,000 in Canada, according to wildlife officials and bison trade groups in Canada. Around the same time, tribes were relocated to reservations and forced to end their nomadic traditions.

There are about 20,000 wild bison in North America today.

Ranchers and landowners near two Montana reservations over the past several years fought unsuccessfully against the relocation of dozens of Yellowstone National Park bison due to concerns about disease and bison competing with cattle for grass. The tribes involved — the Assiniboine and Sioux Tribes of the Fort Peck Reservation and the Assiniboine and Gros Ventre Tribes of the Fort Belknap Reservations — were among those signing Tuesday’s treaty.

Keith Aune, a bison expert with the Wildlife Conservation Society, said the agreement has parallels with the 1855 Lame Bull Treaty, a peace deal brokered by the U.S. government that established hunting rights tribes.

“They shared a common hunting ground, and that enabled them to live in the buffalo way,” Aune said. “We’re recreating history, but this time on (the tribes’) terms.”

The treaty signatories collectively control more than 6 million acres of prairie habitat in the U.S. and Canada, an area roughly the size of Vermont, according to Aune’s group.