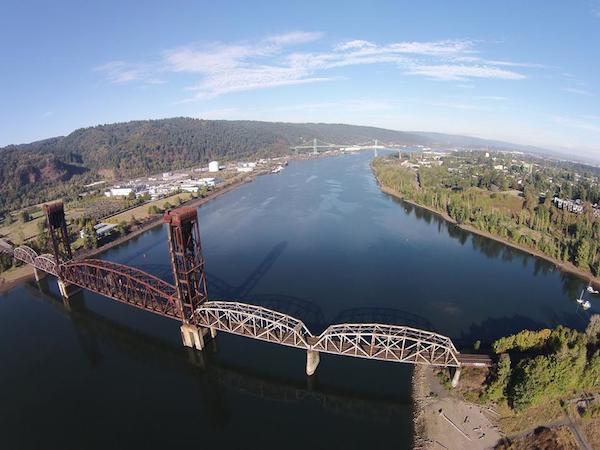 After lingering for 14 years as the largest Superfund site in Oregon, and affecting the traditional gathering and ceremonial grounds of area tribes for decades, the first restoration project for the Portland Superfund Site has been greenlighted by five tribes on the Portland Harbor Natural Resource Trustee Council (Trustee Council).

The Alder Creek restoration project is a 52-acre refuge for native fish and wildlife near the Willamette’s Sauvie Island, in Portland, Oregon. Wapato Island, as it is known locally, has been a traditional fishing, hunting and gathering area for tribes for more than 10,000 years.

But the once abundant habitat is now rare in this stretch of the river, Madden said. Decades of manufacturing waste fouled the final 12 miles of the Willamette River where it runs through the city of Portland until it streams into the Columbia River, 100 miles upstream from the Pacific Ocean. The Environmental Protection Agency (EPA) added the 12-mile site to the Superfund priority list in 2000.

Lurking in the river’s sediment is a nasty cocktail of high levels of the banned pesticide DDT, polycyclic aromatic hydrocarbons (PAHs), polychlorinated biphenyls (PCBs), heavy metals, tar deposits, solvents, petroleum byproducts, and phthalates known to interfere with the body’s hormones and cause developmental problems—left by decades of manufacturing processes, all of which pose risks to the water, natural resources, wildlife and humans.

The EPA and the tribes feeling the impact of the contamination entered into a memorandum of understanding to ensure that tribal government representatives have a seat at the table.

The new project, designed to benefit fish and wildlife affected by contamination at the site, will include removing buildings and fill from the floodplain, reshaping the riverbanks, and planting native trees and shrubs. This project is the first of five remediation and restoration projects in various planning stages.

“It’s a pretty major milestone,” Madden said. “It’s the culmination of many years of work by the Nez Perce and the other tribes, and state and federal partners on the Trustee Council.”