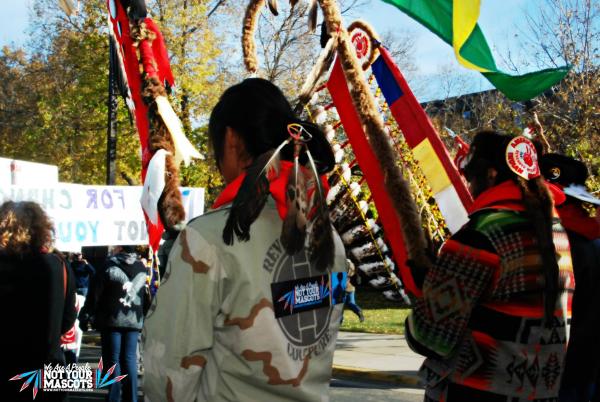 facebook.com/notyourmascots
A march and rally against the Washington football team name is slated for December 28 at FedEx Field in Landover, Maryland, organizers said.

A massive march and rally will meet the Washington football team as it closes its season on December 28 at FedEx Field in Landover, Maryland, organizers said.

“As the Washington team’s season comes to a dismal close, we call on Dan Snyder to claim a simple win: change the name. Washington’s ongoing use of a Native American slur and mascot promotes the dehumanization, marginalization, and stereotyping of Native peoples,” reads a press release sent to ICTMN.

The march will begin at 10 a.m. and will conclude with a rally at a yet to be determined location, according to the release.

For more information, go to the event’s Facebook page.