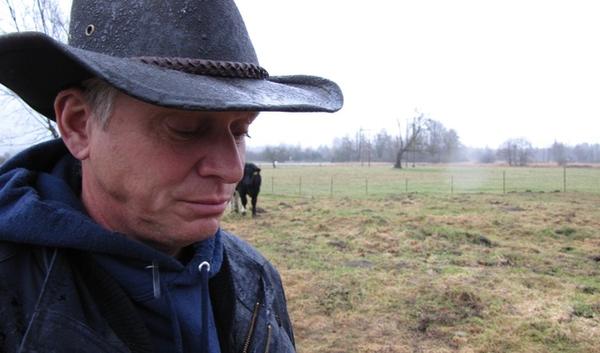 Richard Fox on his Skagit County property. On Tuesday a judge dismissed a lawsuit brought by Fox and his wife, Marnie, challenging a rule that prevents them from drilling a well. The rule is meant to provide water for spawning salmon during dry months. | credit: Ashley Ahearn / KUOW

EVERETT, Wash. — A judge ruled against a couple Tuesday after they sued for the right to drill a well and build a new home on their property in Skagit County.

The case marks the latest battle in the ongoing fight over water rights in Washington’s Skagit River valley.

Snohomish County Superior Court Judge George Appel dismissed the case brought by property owners Richard and Marnie Fox. He told the couple that they can’t build a home on their property because they don’t have legal access to water.

The courtroom was packed. There were a lot of people who had come in from rural parts of the county because this rule affects a lot of property owners. More than 450 property owners stand to have their property values decreased because of this rule — because they no longer have legal access to water.