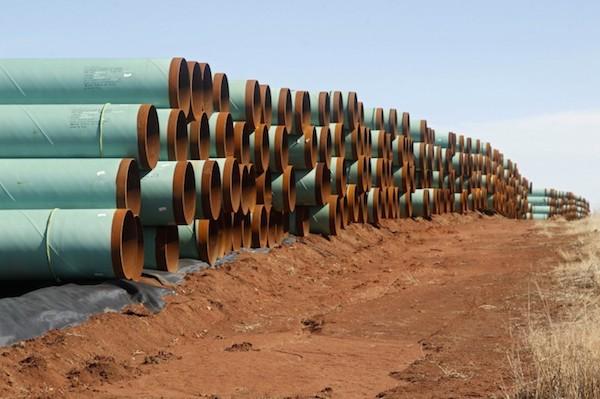 In his letter to Obama, Great Plains Tribal Chairman’s Association chairman and Oglala Sioux Tribe president John Steele also requested a meeting with U.S. Department of the Interior Secretary Sally Jewell. The association is among numerous indigenous leaders coming out against the pipeline, which would carry bituminous crude from the oil sands of Alberta, Canada to the coast of the Gulf of Mexico for export.

“The Yankton are adamant about meeting with Secretary Jewell regarding the intrusion of our territory by Transcanada, as it is no small matter,” said Ihanktonwan/Yankton Sioux Tribal Chairman Robert Flying Hawk in a statement from the Indigenous Environmental Network. “Our water rights, protection of our cultural resources and safety of our Oceti Sakowin children and families over ride any Congressional lobby influences by Big Oil. We stand strong with all the other leaders of the Oceti Sakowin and Indigenous peoples affected by tar sands.”

The Yankton Sioux are currently spearheading a challenge to the permit of TransCanada before the South Dakota Public Utilities Commission, a process with hearings beginning in May.

The move is also backed by the Indigenous Environmental Network and other conservation groups.

“We stand in solidarity with our Oceti Sakowin relatives and encourage the Department of Interior to dissent from a KXL permit approval and give President Obama all the more reason to reject this dirty tar sands pipeline,” said Tom Goldtooth, executive director of the Indigenous Environmental Network, in a statement. “We ask this for the benefit of the land, the water, our communities, our sacred sites, and the territorial integrity of the sacredness of Mother Earth.”

Debate is heating up over the Keystone XL pipeline, which when complete would stretch 1,700 miles from the oil sands of Alberta, Canada to the Gulf of Mexico coast of Texas. As Obama mulls a final decision amid Congressional pressure to step up the pace, the southern leg of the pipeline is already built and operational, bringing oil from refineries in the Midwest to the Gulf for export.