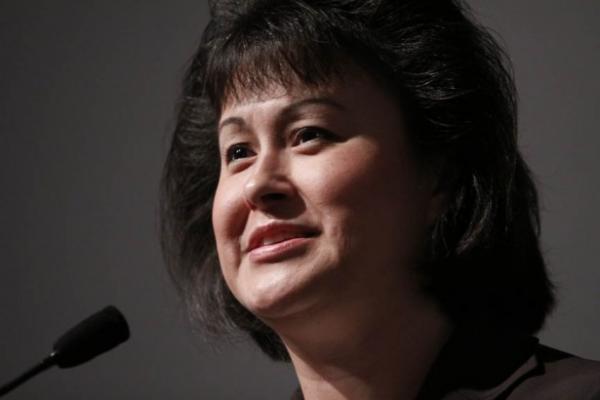 In a dramatic change of policy that is likely to be welcomed by tribes, the White House is seeking to turn the money tribes annually spend on federally mandated health and social services for tribal citizens into a temporary entitlement.

Under the plan, released February 2 as part of the president’s budget request to Congress, a large portion of federal funding for tribal contract support costs (CSC) for three years starting in 2017 will be moved from the “discretionary” to “mandatory non-discretionary” column within the federal budget.

If the idea passes muster with the GOP-controlled Congress, it will mean that the negative impacts of federal budgetary sequestration in recent years on tribes will no longer impact the tribal CSC bottom line, according to members of the Indian Health Service (IHS) CSC Workgroup. Group members believe that stabilizing this funding will better ensure continuity of essential programs and services to tribal citizens.

“On the national scale, the president’s proposal for [the Indian Health Service] alone would make CSC funding reoccurring and mandatory in the amount of $800 million in the first year, $900 million in year two and copy billion annually in year three,” said Aaron Payment, chairperson of the Sault Ste. Marie Tribe of Chippewa Indians and a member of the IHS CSC Workgroup. The Bureau of Indian Affairs would see more modest mandatory CSC appropriations under the plan, but still vast increases over current levels.

Payment, who serves on the Midwest Alliance of Sovereign Tribes and the National Congress of American Indians, added that this CSC funding would not be subject to cuts if tribes do not spend all their funds in a single fiscal cycle.

IHS Acting Director Yvette Roubideaux has told tribal leaders that the plan will not start earlier than 2017 in order to allow for tribal consultation and for the enactment of necessary congressional authorizing legislation.

For years, tribes have been forced to spend tens of millions of dollars on critical health and social services, despite federal law and legal court rulings that have said these costs are supposed to be paid by the federal government due to its constitutionally- and legally-mandated trust responsibility to tribal citizens.

Tribes that could afford to do so have ended up racking up millions of dollars in debt that is supposed to be reimbursed by the federal government, but which has seldom happened. Tribes that could not afford to offer the services did not, and their citizens suffered for it.

In recent years, hundreds of tribes have sued the federal government for reimbursement of unpaid CSC. Legal settlements have been happening more frequently of late after some intense legal negotiations between tribes and the Obama administration throughout 2013-2014. Tens of millions of dollars have been reimbursed in recent months after the Senate Committee on Indian Affairs asked Roubideaux to negotiate in good faith.

A temporary solution to the federal government’s lack of CSC payments was passed by Congress last year after the White House and Congress agreed to pay all CSC for tribes for the current fiscal year. Yet tribes soon found that this promise was a double-edged sword because the full payment of CSC meant that the funds for other services offered by the federal government to tribes, mainly from the Departments of Health and Human Services and the Interior, were cut as budgetary trade-off.

Before that latest quagmire, tribal leaders in 2012-13 had been battling with Obama administration officials, including Roubideaux and the Office of Management and Budget, who offered unpopular plans to dramatically cap CSC payments to tribes–no matter their need and despite Supreme Court rulings that called for full reimbursement. Congress members from both sides of the aisle called out the administration’s actions here, which led to the temporary solution of 2014 that ended up shortchanging other tribal programs in exchange for CSC reimbursement.

Lloyd Miller, a lawyer with Sonosky Chambers who has successfully represented many tribes that have sued the federal government to obtain CSC settlements, says tribal leaders have not let up in demanding that both tribal programming and CSC payments be honored.

“Last year’s reprogramming likely made people [both in the administration and in tribes] realize that the threat to ongoing operations by this mandatory funding obligation is not theoretical, but real, and must be taken seriously,” Miller said.

Geoffrey Strommer, an Indian affairs lawyer with Hobbs Straus, said it is unclear at this point whether the Republican Congress will sign off.

“I don’t know for sure if the Republican Congress will pass legislation implementing this concept,” Strommer said. “This really is the best long-term policy solution to what has been a difficult problem, so I hope they seriously consider it. If the administration can show an offset somewhere else in the budget that should go a long way towards making Republicans comfortable with this initiative.”

Miller is hopeful. “Adding any kind of mandatory funding is swimming uphill in Congress, especially in the face of budget hawks. But then again, this is a Congress that has given pretty bipartisan support for CSC funding,” he said.

A key factor will be how the Congressional Budget Office (CBO) scores the plan in determining how much it will cost the federal government.

“In my opinion, it should be zero because the contracts by law must be paid, and therefore any funding mechanism, even a ‘mandatory’ mechanism, will not add to outlays from the Treasury,” Miller said. “But the CBO works in mysterious ways.”

Payment said that he and other tribal leaders are preparing to educate the Republican-controlled Congress on why this is a positive solution to a problem that has plagued the federal and tribal governments for decades.

“[We will] urge Congress to uphold their constitutional and trust responsibility in honoring the treaties by permanently enacting this legislation to make CSC funds mandatory,” Payment said. “It looks promising as they insisted on full funding this year and appropriated it.”