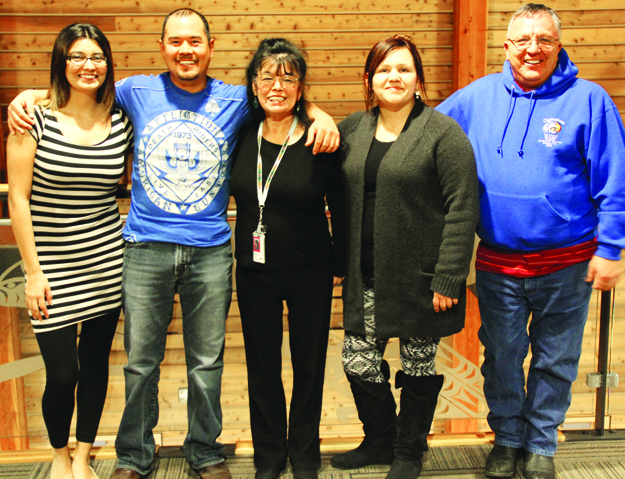 Within the past four decades, Tribal governments have made tremendous strides in identifying and protecting the rights, resources and opportunities of their people. Tribes are effectively exercising self-governance to protect their water, timber, hunting, fishing and gaming rights in order to garner maximum economic returns and opportunities from the use of their resources. This type of effective advocacy is being brought to the protection and assertion of Indian and Native Employment and contracting rights by approximately 300 Tribal and Alaska Native village governments that have established Tribal Employment Rights Ordinances and TERO enforcement programs (source: Pacific Northwest TERO).

Here at the Tulalip Tribes we are fortunate enough to have a fully staffed TERO department that is knowledgeable and well-equipped to protect the unique and special employment rights of Native Americans. Tulalip TERO is a member of the Pacific Northwest TERO region, which covers Washington, Oregon, Idaho, Northern California, and portions of Nevada and Alaska. Our national organization is the Council for Tribal Employment Rights. We are also fortunate to have the Tulalip TERO Commission comprised of Chairman Dale Jones, Vice-Chairperson Helen Gobin-Henson, Secretary Tisha McLean and Commission members Eliza Davis and Ryan Gobin.

The current TERO structure in place has been widely successful, evident in the current Tulalip preference scale found in the Central Employment hiring guidelines and the ever expanding vocational training center that has made employment dreams a reality for so many tribal members.

As the Tulalip Tribes, tribal membership, and policies continue to evolve, so does the social and political climate for Tulalip TERO. Each member of the TERO Commission, each a Tulalip tribal member, has a different set of objectives they would like to see achieved in 2015.

TERO Commission objectives to accomplish in 2015:

Dale Jones works for Tulalip’s Elders Program and is Chairman of the TERO Commission: “Equal employment and an equal wage for all of our tribal members. That’s the reason I’m here. I hear of a lot of discrepancies in hiring, people getting promoted in our tribe without advertisement. I want to put a stop to that. Can’t keep putting our head under the table and say everything is going to be okay.”

Helen Gobin-Henson works as the program manager of the Care Giver and CHR program and is Vice-Chairperson of the TERO Commission: “I would like to make sure that all the contracts given out don’t go to just one business. That’s what I feel is happening today. Every time there is a contract it just goes to the same business owner. And I want to make sure that Indian preference is enforced in the hiring process because that doesn’t always happen. The other thing is I want is for TERO tax to be the law that is upheld.”

Tisha McLean works as the executive assistant for Adult Services and is Secretary of the TERO Commission: “When I first got on the Commission I wanted to bring more training to our people. I know the tribe has worked on that with Admin, but there are a lot of other trainings that our tribal members who aren’t working could be doing. The tribe has done really great with our vocational training center and the construction classes they are offering to our tribal members who aren’t getting jobs. That then ties in with the preference code. There are tons of jobs that are currently filled with non-tribal members that tribal members could be in. It’s my opinion that every position within the tribe could be filled with a tribal member. If they aren’t currently eligible for a position then they need to be worked with to let them know what areas they need to improve because Central Employment isn’t doing that. They just say you aren’t eligible because of this or that, but they need to be telling them why and what they could do to better themselves to become eligible for future positions. They aren’t doing that and we are seeing more non-tribals fill entry level/front line positions, these position should be filled with tribal members.”

Ryan Gobin works as a Tulalip police officer and is a TERO Commission member: “My main goal is to try to help with fairness in business, so that everybody gets an opportunity, so that not just certain peoples and certain families get certain jobs and certain contracts. My goal is to create fairness across the board. While on the Commission I’ve also gained more of an interest in training, like what we’ve been doing with the vocational training center. It’s been a huge success and I’m proud to be a part of it.”

Eliza Davis works as a Native American liaison for the Marysville School District and is a TERO Commission member: “I would say my main objective is to see our TERO code be upheld like it should. Also, I’m very excited about the vocational training center. It’s a huge opportunity for our tribe and for the whole region really, to have our TERO be a part of something that big.”

While the objectives may vary from person to person, the overall goal is the same; to protect the employments rights of Tulalip citizens while providing them with the training and education to improve career and economic opportunities.