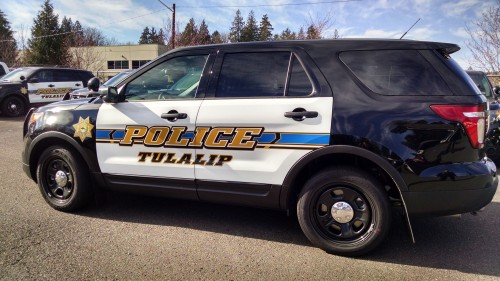 Nearly $800,000 was awarded to TPD to replace 15 patrol vehicles with no cost match required by the Tribe. The new vehicles will replace older patrol cars that have accumulated over 100,000 miles and considered a safety hazard for the officer and the community, in addition to being a burden on the department’s budget.

According to TPD, the department’s officers “respond to an average of 22,000 calls for service each year, make thousands of traffic stops and 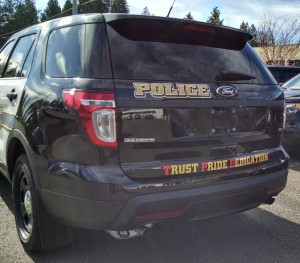 average over 6,600 tribal housing checks per year.” Which according to the department has put a lot of wear and tear on the older patrol cars.

The new 2014 Ford SUVs have been outfitted according to the department’s needs and are replacing the older Dodge Charger models the department has been using. Updated graphics have also been added to the new patrol vehicles. The department’s new slogan, Trust Pride Dedication is featured on the back of each patrol car.

“These vehicles are literally the police officers’ office. Every thing they need is in the vehicle. Having an aging fleet can cause the cost to maintain them skyrocket. The cost to maintain these vehicles comes out of the department’s budget. Having this new fleet ensures the community reliability and safety. New vehicles are safe for the officers and the community,” said Carlos Echevarria, Tulalip Chief of Police.