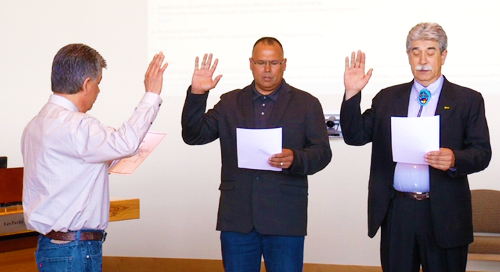 Newly elected board members, Marlin Fryberg Jr. and Mel Sheldon Jr. were sworn in to begin their three-year terms today at the Tulalip Tribes Administration Building.

Tulalip tribal members selected Mel Sheldon as Chairman and Glen Gobin will serve as Vice-Chairman. Les Parks is Tulalip’s new Treasurer and Marie Zackuse will resume her office as Board Secretary. 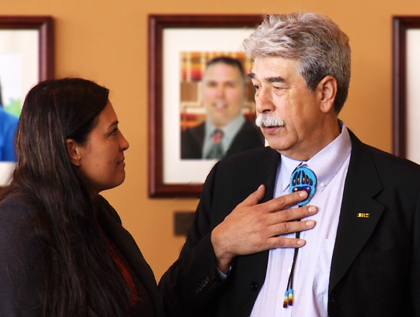 During the meeting, Mel Sheldon thanked Deborah Parker for her service and commitment to the Tulalip people, as well as all of those in Indian country.