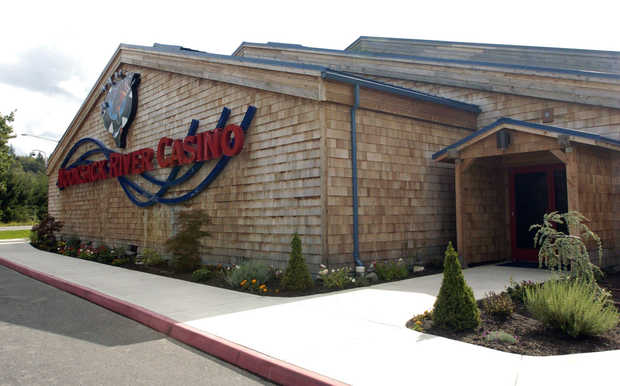 The Nooksack River Casino in Deming.
THE BELLINGHAM HERALD

The Nooksack River Casino’s days could be numbered, pending a ruling in Whatcom County Superior Court later this year.

Since at least 2011, the Nooksack Business Corporation an entity owned by the Nooksack Indian Tribe, has tried to shirk its responsibility to pay back about $15 million in loans it obtained from now-defunct BankFirst in 2006. The corporation, owner and operator of Nooksack River Casino, got the loan to pay off some debt and renovate its Deming casino.

The corporation made payments for about a year before it went into default, kicking off the first of three agreements it would make with Outsource Services Management, a loan servicing company. After the casino failed to make payments under each agreement, Outsource sued for breach of contract in Whatcom County Superior Court.

Though the tribe agreed it had waived its sovereign immunity, it tried to argue the Superior Court didn’t have jurisdiction over the case, and moved for dismissal.

After the case made its way to the Washington State Supreme Court, it was decided in August 2014 that the tribe could not claim its sovereignty trumped the terms of the loan contract, and the case was sent back to Superior Court.

Lawyer Jerome Miranowski argued on behalf of Outsource, asking for a summary judgment of $20.7 million in past-due loan payments, fees, and interest. Lawyer Connie Sue Martin, on behalf of the tribal corporation, argued that Outsource had failed to show the casino had actually made any money on top of what it deemed necessary for daily operations, and therefore had failed to show that anything was owed under the terms of the loan.

But Outsource argued that there were agreed-upon base payments to be made each month under the loan agreement, and then on top of that, certain profits would be added to those payments.

In court documents, the tribe alleged that even without making payments on the loan since 2010, the casino had operated at a loss and is currently $2 million in the hole, aside from the loan. The tribal corporation asked for a ruling on what the consequences of closing its casino would be.

“It is an inescapable truth that the River will never, ever generate sufficient revenue to repay the original balance of the loan, much less the additional almost $6 million OSM contends has accrued in penalties, interest and fees,” the corporation’s court documents state. “It cannot be questioned that OSM would not have the right or authority to compel NBC to continue operating the casino simply to pay a judgment to OSM.”

But Miranowski said that was not the issue.

“The issue is whether some money will be generated, to pay some part of the debt, at some time,” he said in court Friday afternoon.

The loan stipulates that Outsource could go after gaming machines and the furnishings inside the casino, along with enterprise accounts, but otherwise is limited. Likewise, the corporation argued that if the casino were to close tomorrow, Outsource could go only after those few items.

“If we close the casino and turn over all the property, then it’s done,” Martin said.

Miranowski explained that the lender wouldn’t want the casino to close.

“The situation, your honor, with lenders to Indian casinos is this: Lenders have very limited remedies, no mortgage on the property, they can’t manage the casino itself, so it’s a symbiotic relationship where essentially the lender and NBC have to get along, because the lender has sort of an ultimate ability to effect whether the casino operates,” Miranowski said. “It doesn’t want to do anything to damage the casino, but if they have no other remedy they have to consider that.”

In 2012 when Outsource tried to get the tribe’s other casino, Northwood, which was then Northern Crossings, to cough up roughly $26 million it had borrowed from a different bank to design and build the casino, the tribe dissolved its ownership entity Nooksack Business Corp. II and transferred all that casino’s assets to another entity, court documents allege.

“That’s why we’re pushing for a judgment, so we get protections,” Miranowski argued. “The tribe was very bold to simply dissolve the Crossings corporate entity and transfer to another one not subject to the judgment.”

Garrett said she read the loan agreement as prohibiting that, but opted to enter an order Friday or within a week that would prohibit the tribal corporation from transferring “all or substantially all of its assets to another entity.” The parties were to work out the exact order and get back to the judge.

Along similar lines, Martin said that in the Northwood case, Outsource had wrongfully garnished accounts not belonging to Nooksack Business Corp. II, but belonging to the River casino, and some of the tribe’s other properties.

So Garrett also said Outsource was not allowed to try to collect money until a judgment is made.

Both sides are expected back in Garrett’s courtroom in May or June, when a judgment could be issued.