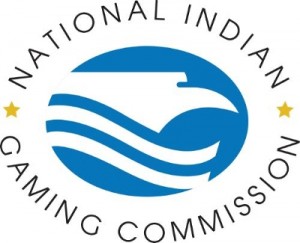 “I am grateful to Eric for his steadfast leadership as the acting General Counsel at a time of transition for the NIGC,” said Chaudhuri. “Eric has been a consistent source of counsel, legal insight, strategic thinking and collaborative spirit and he will continue to serve the NIGC well in the years ahead.”

Prior to joining the Office of General Counsel (OGC), Shepard was the Attorney General for the Colorado River Indian Tribes, for more than a decade. While in this position, he served as the chief legal officer and principal advisor to the Chairman and Tribal Council on litigation, federal and state legislative and regulatory affairs, land use and economic development proposals. Before serving the Colorado River Indian Tribes Shepard clerked for the Indian Country Environmental Justice Clinic and the Conservation Law Foundation, and served as a fellow at the Soros Open Society Institute in Bucharest, Romania.

“I am honored Chairman Chaudhuri has asked me to serve as the General Counsel of the NIGC,” said Shepard. “I look forward to continuing my work with the talented and committed attorneys and staff of the Office of General Counsel. I am committed to serving my client, the Commission, as well as maintaining and building relationships with tribes, tribal regulators, and the Indian gaming industry.”

The National Indian Gaming Commission is committed to the prompt and efficient regulation of the Indian gaming industry spanning more than 450 gaming establishments, associated with nearly 242 tribes across 28 states. The Commission’s dedication to compliance with the Indian Gaming Regulatory Act ensures the integrity of the $28 billion Indian gaming industry. To learn more, visit www.nigc.gov and follow us on Facebook and Twitter.

The National Indian Gaming Commission is an independent regulatory agency established within the Department of the Interior pursuant to the Indian Gaming Regulatory Act of 1988.