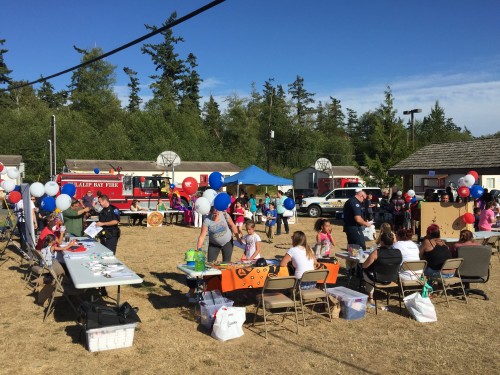 TULALIP- For the first time, Tulalip Police hosted a National Night Out event solo. Previous years Tulalip PD has co-hosted the event with Marysville Police, alternating locations in Tulalip and Marysville. Due to  low tribal member turn out, Tulalip Police Chief Carlos Echevarria began looking for a new format. It was decided that the venue should be hyper-local and include Tulalip Bay Fire Department and Tulalip Tribes community resource departments.

National Night Out is celebrated across the nation as an annual event to enhance community relationships with local law enforcement through block parties and information resource events. 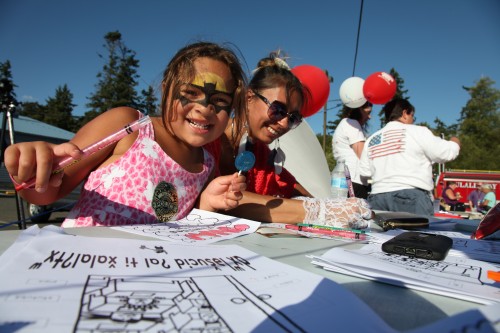 Families were treated to burgers and hotdogs grilled by Tulalip’s finest officers. Nearly a dozen information booths were available to attendees to browse information and learn what resources are available to them. Also in attendance was Tulalip PD’s new K9 officer Cooper, who was a big hit with children.

Tulalip PD plans to host another event next year and continue to strengthen the community-police relationship to discourage  fear of police in younger generations and discourage potential criminals. 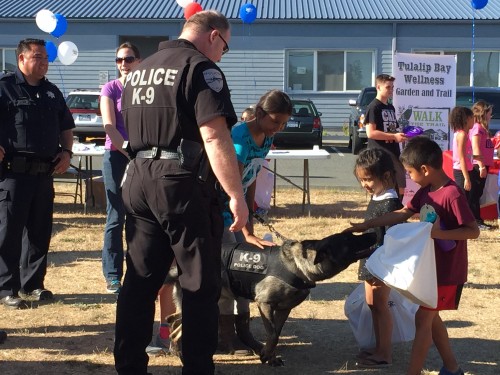