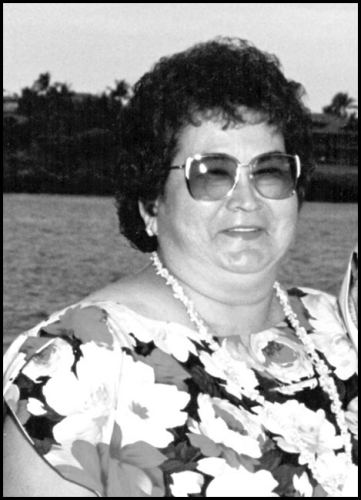 Donna enjoyed being on the Tulalip Enrollment Committee for several years, spending her time at the casino, going shopping, camping with the family, clam digging on the beaches of Ocean Shores, Bowling with family and friends, and travelling to Hawaii.

A very special thank you to the care givers Sherry, Tije, Carolyn, Jyl, Kari, Blair, and Beckey who provided love and support.

A Mass will be held on Saturday, September 12, 2015, 10 a.m. at St Anne, Tulalip, WA. Burial will follow at Mission Beach in Marysville, WA Donna will be missed deeply by all of those who knew and loved her.