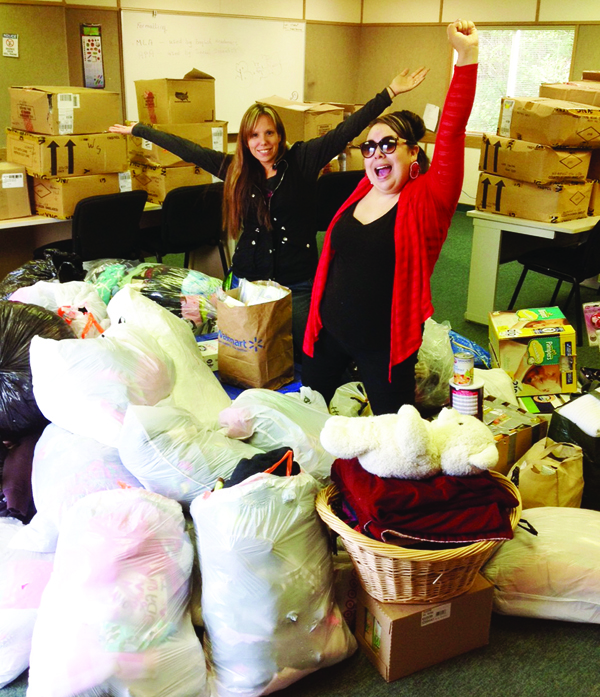 The Pine Ridge Reservation in South Dakota is the second largest Native American reservation in the United States, and also one of the poorest. The unemployment rate hovers around 85-90 percent.

According to re-member.org, “Tribal Government records show 38,000 enrolled members living on Pine Ridge Reservation. The poverty on Pine Ridge can be described in no other terms than third world. It is common to find homes overcrowded, as those with homes take in whoever needs a roof over their heads. Many homes are without running water, and without sewer.”

Winters in South Dakota can be brutal, with temperatures dropping below zero. Without a source of heat and proper clothing, many people, especially elders and children, are at risk.

Perhaps most unfortunate is the suicide rate. At 150 percent, it is higher than the national average. Life expectancy for men is only 48 years old and for women it is only 52 years.

It was a discussion by two Northwest Indian College students about suicide that sparked an idea, an idea that became a movement.

Amy Wallette and Jennifer Cordova-James, decided to take action in offering aid to residents of Pine Ridge.  With the help of Northwest Indian College Tulalip Site Manager Jessica Reyes and Assistant Manger Katie Jones, a plan was formed, including a donation drive and transportation to South Dakota. Referred to as the ‘Tribes Helping Tribes’ movement, this small group of determined folks gathered dozens of bags and boxes of much-needed donation items in less than a week.

Wallette, who has family in South Dakota, said, “I wanted to make a difference and I felt this was my calling.”

On October 16, the two students drove the items to Spokane, Washington, where they met volunteer, Gail Lesperance, who then continued the journey to Pine Ridge. Another volunteer, Robin Hamm, traveled with a U-Haul full of donations from Denver, Colorado and arrived in Pine Ridge on Monday, October 19. 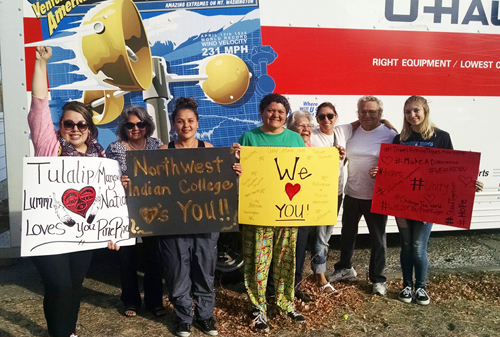 “The stories and ideas we have been exchanging back and forth are phenomenal. It all started with just a few boxes. And now they are taking U-Haul’s to the Pine Ridge Reservation,” said Cordova-James at the meeting in Spokane. “These humble women opened their homes to us. The Pine Ridge community will be doing a give-away and honor suicide victims and families. This is mind-blowing! Thank you to all for being a part of this ‘Tribes Helping Tribes’ movement.”

The group has plans to make this an annual donation event. There is also a GoFundMe page devoted to raising money to help the volunteers travel to and from South Dakota to deliver donations.

Jennifer, Katie and Jessica give special thanks to Amy Wallette. We raise our hands up to you, for your good heart and soul, thank you

Amy, Jennifer, Katie and Jessica wish to thank the following:

Thank you for your support and donations

Thank you to all the communities that participated and contributed