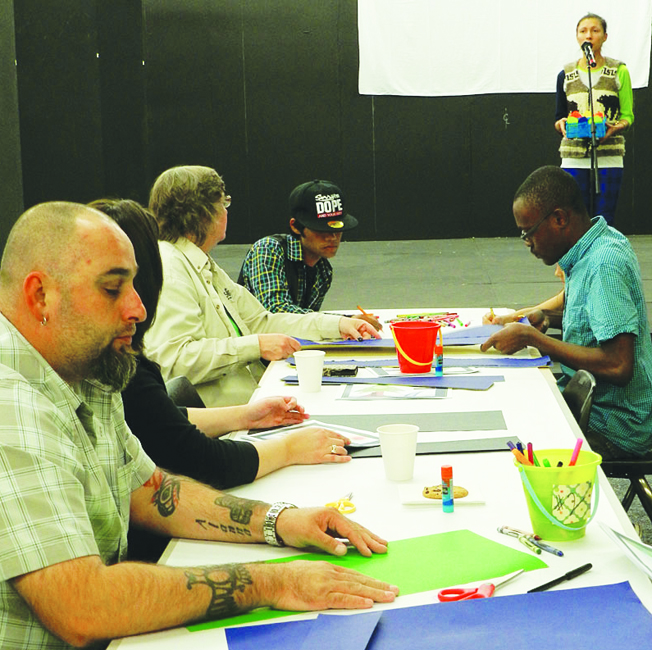 On Friday, October 23, the Red Curtain Foundation for the Arts, in partnership with the Tulalip Tribes’ Lushootseed Language Department, hosted a free cultural event from 7:00 p.m. to 9:00 p.m. Tulalip tribal member and Lushootseed teacher, Maria Martin, shared the legend of “Her First Basket” in Lushootseed and English, accompanied by tribal illustrations and artwork.

Scott Randall, president of the Red Curtain Foundation for the Arts in Marysville, first approached Maria at the annual Raising Hands event in 2014 with his idea for bringing the Marysville and Tulalip communities together with a culture night.

“We, Scott and I, thought it would be beneficial to everyone in the Marysville and Tulalip communities. There is a separation between the two and we wanted to break down that wall,” stated Maria. “We know we can be a strong community, but there is so much unknown about one another. This event is just one way for our communities to come together and grow.

“We plan on having a story and activity once a month. It is a free event, with donations if you feel up to it. We just want to break down those walls of curiosity. I’m sure that there are many Natives/ Tulalip community members that have encountered some sort of silly question about Native Americans and how we live. This is a way to educate outsiders, to understand one another.”

Maria chose to share her favorite Lushootseed story “Her First Basket”, a core story in the Lushootseed Department’s values book, and pass along the significant meaning it holds to both her and her people. 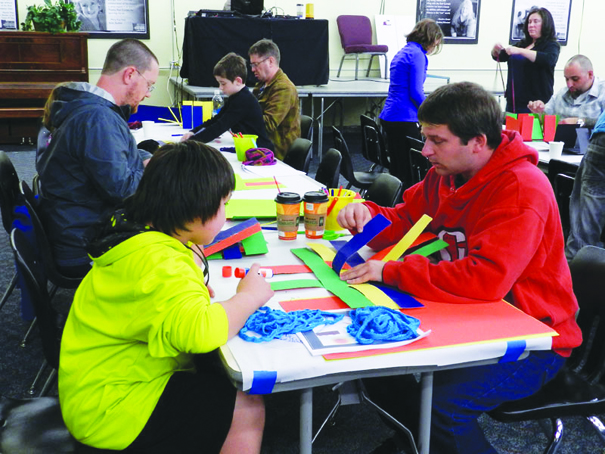 “It’s a story about not giving up and there is a bit of community unity within it as well,” explains Maria. “A Cedar tree helps this little girl to see her potential and she gains friends for it. Bringing people together and seeing their potential, it’s something every teacher strives for.”

Marysville and Tulalip community members were invited to partake in the evening of culture. Each table within the auditorium had at its center a “Her First Basket” picture book, so that children and adults could follow along as Maria first told the story in her traditional language, Lushootseed.

Following the storytelling sessions, the audience members were taught some basic weaving skills, using paper and yarn as substitutes for traditional cedar strips, to create their own basket and memento from the evening.

“After telling the story in Lushootseed and in English, we worked on making paper and yarn baskets. For many it was their first basket. It was a fun experience, and people’s talents are so amazing,” says Maria. “I hope to see more community members from both the Marysville and Tulalip communities at future events. We are all related, we live right next to one another, and our care for our neighbors is so important. It was so nice to see the people that showed up; the outcome of their basket making was beautiful. Accomplishing something you haven’t done before is such a great feeling, and meeting new people with the new experience is a beautiful thing too. There are so many people out there that we can all learn something from.”