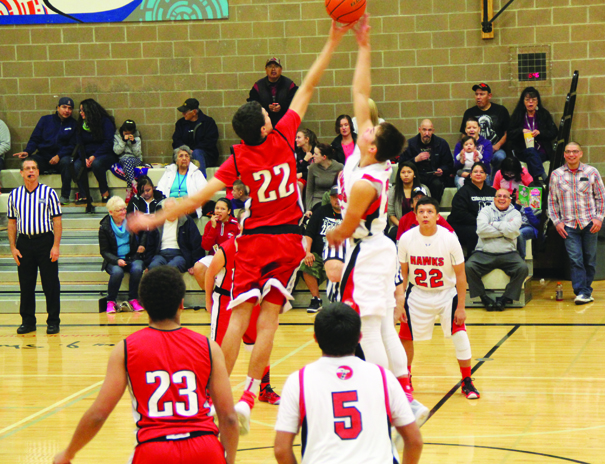 The Heritage Hawks basketball team opened their season with a home game vs. the Marysville-Pilchuck Tomahawk JV team on Wednesday, December 2. Last year, the Hawks defeated the MP JV team 70-54 in their season opener, their first win on route to a 13-5 regular season and a deep run into the 1B Tri-District tournament. This season is going to be quite different however, as the Hawks graduated four senior starters last year. Returning to the team is Robert Miles, Willy Enick and Nashone Whitebear. There will be an adjustment period as they are joined by a bunch of new players who are still learning the offensive and defensive sets the Hawks typically run.

Keys to a successful season will be senior Robert Miles continuing to be that do-it-all player for the Hawks, leading the hawks in scoring while anchoring the defense, and for senior Willy Enick to take on a larger role on both sides of the ball. These two will have to lean on key contributions from their teammates and the hope is sophomore Josh Iukes will be able to fill that primary ball handler roll. 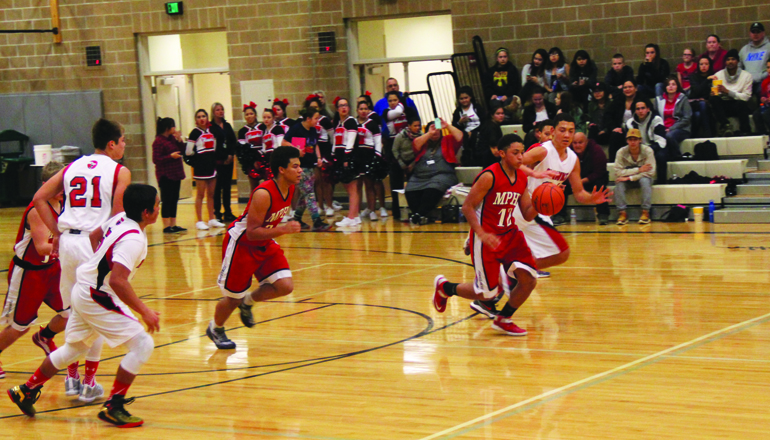 The 1st half was a turnover fest for the Hawks as they tried to force too many difficult passes, choosing to lob passes over the top instead of using a crisp bounce pass. The Hawks overcame the turnovers in the 1st quarter, taking a 9-6 into the 2nd quarter.

When Josh Iukes found himself in foul trouble seconds into the 2nd quarter, picking up three quick ones, it really hurt the Hawks game plan. He had to hit the bench, taking the Hawks point guard off the court. The turnover continued to pile on while MP went on a 21-10 run spanning the quarter. At halftime, the Hawks trailed 16-27. 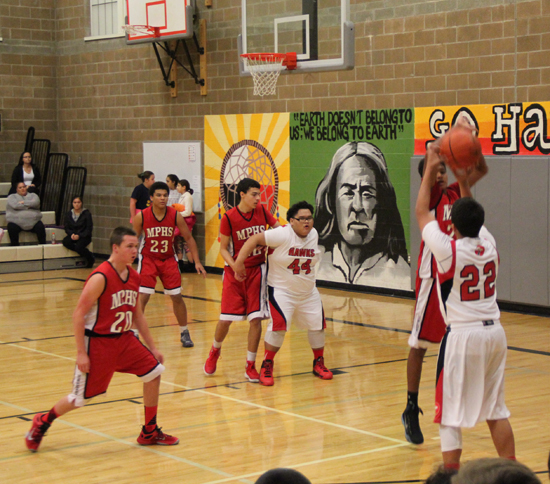 In the 3rd quarter, the Hawks came out determined to take the lead back. Defensively, it was their best quarter of the game. Everyone was staying active, contesting shots, and going after rebounds. The Hawks got within 4 points, 29-33, late in the 3rd quarter. In the closing seconds Josh Iukes picked up his 4th personal foul moments before MP’s Raequan Battle, a fellow Tulalip tribal member, launched a 3-pointer that swished in.

The Hawks were down 7 points, 29-36, with one quarter left to play. They executed their defensive press nicely, forcing key turnover and finishing layups on offense, allowing them to cut their deficit to only 2 points, trailing 38-40 with a little over five minutes to go. When Josh Iukes fouled out of the game, it become that much more difficult to take the lead. The Hawks continued to keep pace, but weren’t able to pull the victory. MP would take the game 58-52, leaving the Hawks to ponder what could have been if not for all the costly turnovers.