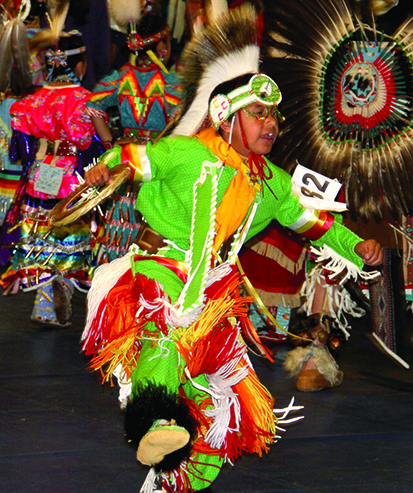 The Tulalip Tribes had a busy culture-filled weekend. The Annual Veteran’s Pow Wow, held at the Don Hatch Youth Center, kicked off on Friday June 3 and lasted until late Sunday June 5.

During all three days of the event the gym was over-flowing as dancers and drum circles honored the Veterans of Native America. Boye Ladd held the title of MC for the weekend, and the Arena Director was Randy Vendiola. Outside, the weather reached a high 90 degrees which allowed event-goers a chance to step out and admire the beautiful bay, skate park, new field, and of course the many art, craft, and food vendors that came for the pow wow.

On the last day of the pow wow, as the Veterans stood up for recognition, one Vet asked the gym if anybody made their way down to the Slahal Tournament that was simultaneously happening the same weekend at the Tulalip Amphitheatre. He went on to say that he had dropped by the Stick Game event and was pleasantly surprised with the large turnout.

“It’s beautiful. All these Natives living clean and sober having fun at these drug and alcohol free events, it’s beautiful. Thank you Tulalip!” The Stick Game Tournament had a $63,000 total payout, with multiple games played throughout the weekend. 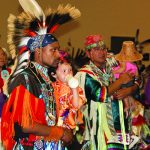 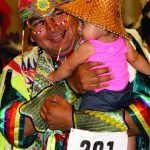 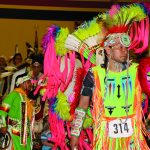 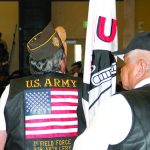 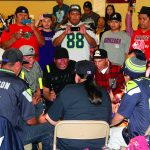 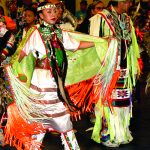 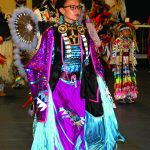 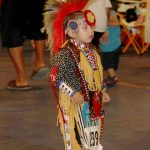 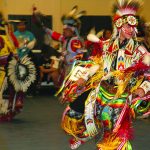 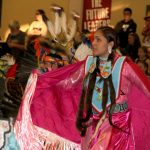 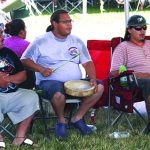 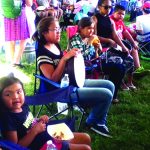 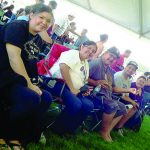 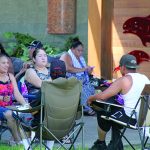