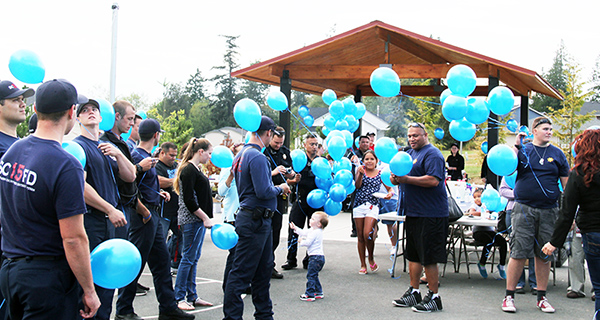 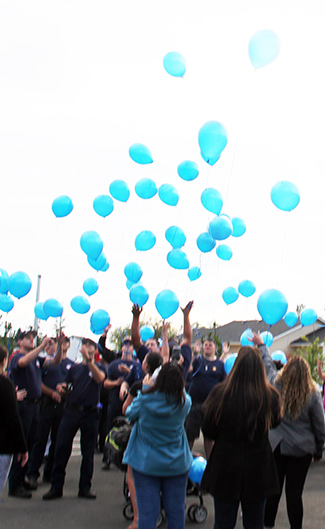 “Over the past month we’ve lost over 12 fellow officers with the shootings in Dallas, and Baton Rouge. And as you all know this community has gone through a lot over these past few weeks, so what we’ll do is take a moment of silence and we will release the balloons,” stated Tulalip Police Chief Carlos Enchevarria. 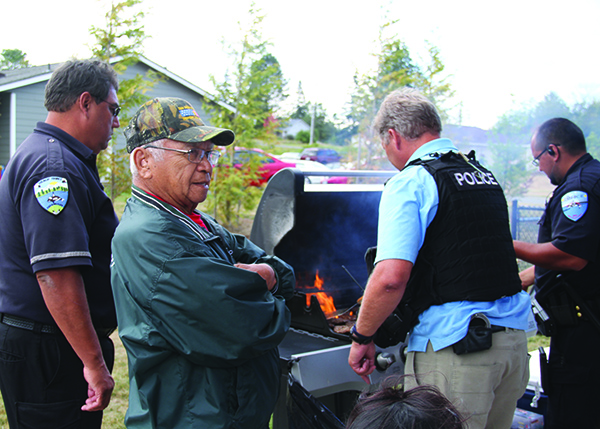 The balloon release was both a memorial for people we lost as well as a symbolic message for unity amongst law enforcement officials and the community. The Tulalip Police Department (TPD) hosted National Night Out on Tuesday, August 2 in the Battle Creek Neighborhood of Tulalip.

The two-hour event included a BBQ and stands promoting local programs and departments. Several police officers and firefighters interacted with the local children playing tetherball, basketball, and on the playground. 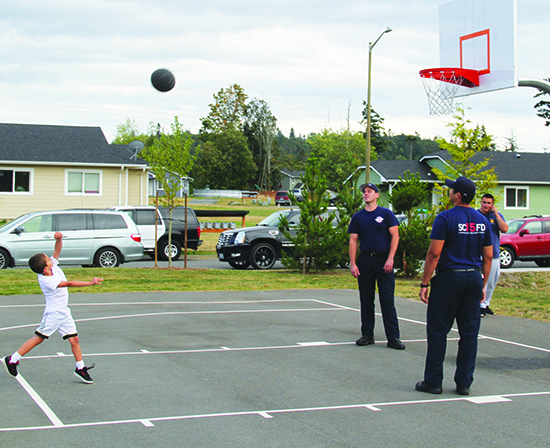 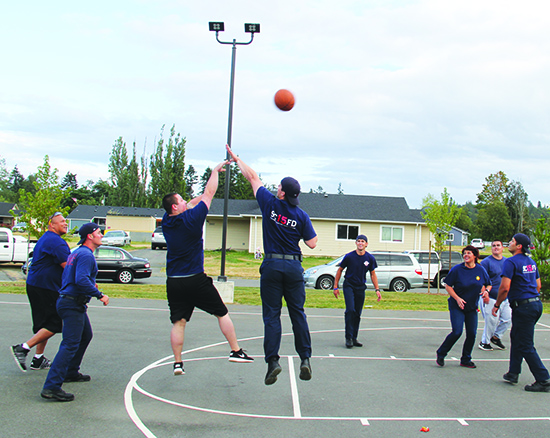 The main event was a basketball showdown between TPD and Tulalip Bay Fire Department. A game that started out with a fun half-speed vibe quickly turned into an exciting competitive match. The nail biter contest came down to the wire as the Tulalip Bay Fire Department hit a two-pointer on the right side wing to take the game and a years worth of bragging rights until next years National Night Out. 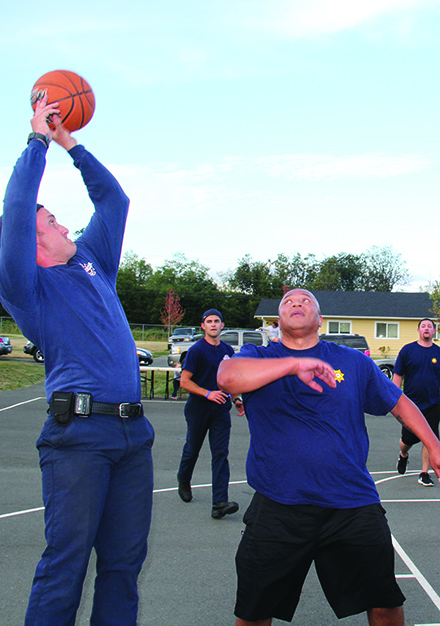 Although a difficult time for both the community of Tulalip and Police Departments across America, TPD hosted a feel good event that allowed community members to escape and enjoy great company.