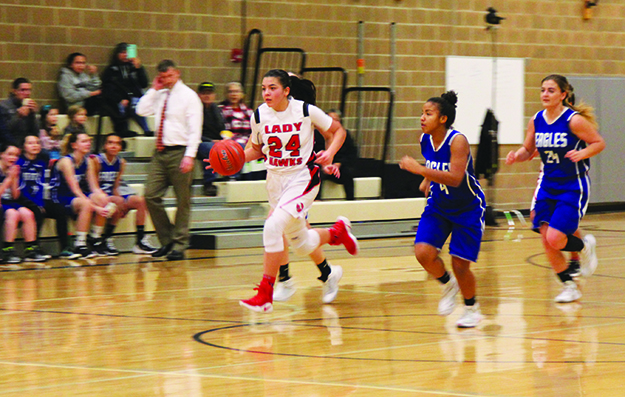 Last we checked in the Tulalip Heritage Lady Hawks had just dismantled Summit Sierra, 71-0, in front of their home crowd. The win gave them their third 50+ point blowout victory on the young season. Yet, the question still remains: How good are the Tulalip girls really? Yes, they had those three dominant wins, but each came against out of league opponents made up of freshman and sophomores. They had a 36 point win over inner league Orcas Christian, but Orcas has lost big in every game. Only once this season have the Lady Hawks played a quality opponent, in Tacoma Baptist, and in that game it was the Lady Hawks getting blown out, 23-63. So the question remains.

On Tuesday, December 27, the (4-1) Lady Hawks traveled to the Puyallup Reservation to take on the (1-4) Warriors of Chief Leschi. The game started off with both teams trading baskets to the tune of an 8-8 tie midway thru the opening quarter. Aliya accounted for all 8 points, scoring six and having an assist to Myrna. Things quickly went south from there. Tulalip couldn’t buy a bucket against the full-court press and Chief Leschi was running their offense to perfection. Leschi finished the quarter on a 15-0 run, leaving Tulalip trailing 8-21. 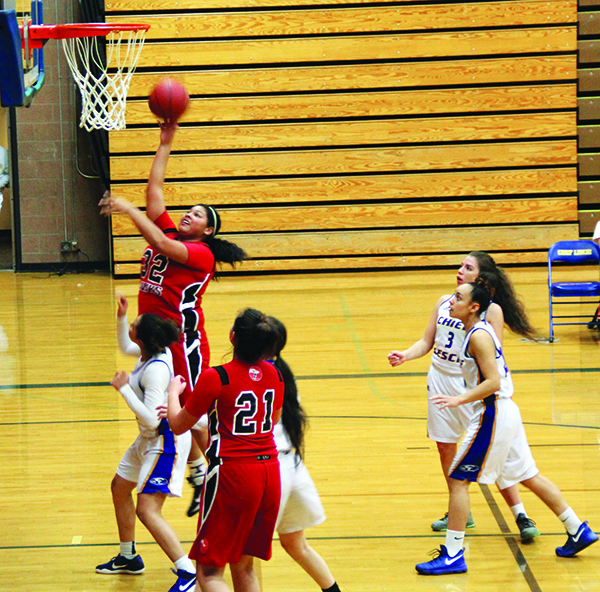 In the 2nd quarter, Aliya tried to rally her team by making back-to-back 3-pointers. Claudia Parker also scored a 3-pointer and Myrna added a 2-point basket of her own. That was the only offense the Lady Hawks could muster, long jumpers, because the Chief Leschi defense prevented the girls from getting to the rim, while forcing many turnovers that they turned into lay-ups on the other side. Going into halftime Tulalip trailed 21-39.

The 2nd was much more of the same. Chief Leschi’s defense was just too good and kept the Lady Hawks from finding any offensive rhythm. Even worse, it’s safe to say the Lady Hawks committed twice as many turnovers as they had field goal attempts. With so many turnovers it would be improbable to make a comeback.  Led by Aliya’s 17 points, Tulalip lost the game 44-66.

The Lady Hawks had no other choice but to shake off the loss and get focused on their next opponent as they played the very next day. On Wednesday, December 18, they traveled to Lummi Nation to play the (2-0) Blackhawks. It was the perfect remedy to get over their loss the previous day. Tulalip made quick work of Lummi, winning the game 51-28. They were led by a huge game from Deandra Grant who had 20 points.

After back-to-back road games, the (5-2) Lady Hawks returned home to host the (2-4) Eagles from Grace Academy on Tuesday, January 3. The game couldn’t have started off better for the home team. Tulalip was very active on the defensive end, crashing for rebounds and contesting nearly every shot. Then on the offensive side, the girls were running their offensive sets and getting the looks they wanted. All of this led to the Lady Hawks dominating the 1st half and having a 28-8 lead at halftime.

In the 2nd half, the offense sputtered by shooting a few air-balls and not making the same crisp passes like they did in the previous quarters. The errant passes led to Grace getting multiple transition lay-ups, but it wasn’t enough to cut into their 20-point deficit. Tulalip led 38-17 going into the final quarter. 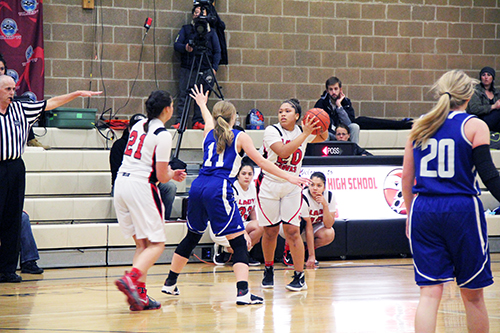 Deandra Grant got rolling in the 4th quarter, having her way in the post and leaving Grace players with no other option but to foul her. Tulalip guards looked for Deandra to get into good post position before feeding her the ball. She scored three buckets and got lots of free-throw attempts in the final eight minutes. That was more than enough, as the Lady Hawks won 46-25. Aliya led all scorers with 14 points, Deandra finished with 12 points, and Keryn added 8 points.

The win puts the Lady Hawks at (6-2) on the season and in firm possession of the 2nd seed in league standings. The question of just how good are these Lady Hawks will be better answered on Friday when they host undefeated Cedar Park Christian. At (10-0), Cedar Park looks to be the Lady Hawks only competition for capturing the league title.  They play at 5:00 p.m. this Friday, the 6th, at Heritage High School.