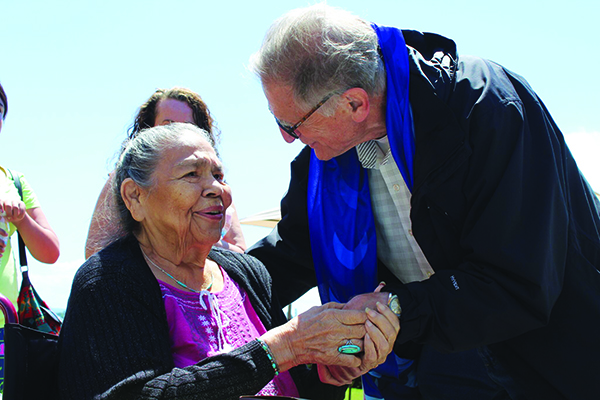 The skies were clear and the sun was shining on the first day of summer 2017. As the temperature reached the low seventies, the Tulalip Bay waters were glistening, providing both a cool breeze as well as a beautiful view for the Tulalip community as many gathered for the Summer Solstice Celebration. The June 21 event, held near the gardens behind the Karen I Fryberg Health Clinic, is the second of a four-event series, hosted by the Tulalip Diabetes Care and Prevention Program, in which the community honors and welcomes the turn of each season.

During the first celebration, the Spring Equinox, the Diabetes team reached out to honorary Tulalip tribal member, Father Pat Twohy, to bless the newly constructed Medicine Wheel Garden. During the ceremony, the Tribe honored Father Pat by gifting him a pair of moccasins accompanied with a foot-washing ceremony. After the success of the Spring Equinox event, community members requested more time with Father Pat during the upcoming events. Revered by the Tulalip community, Father Pat served as Priest to St. Anne’s Catholic Church for twenty years, according to Dale Jones, Elder Advocate for the Diabetes Care and Prevention Program. 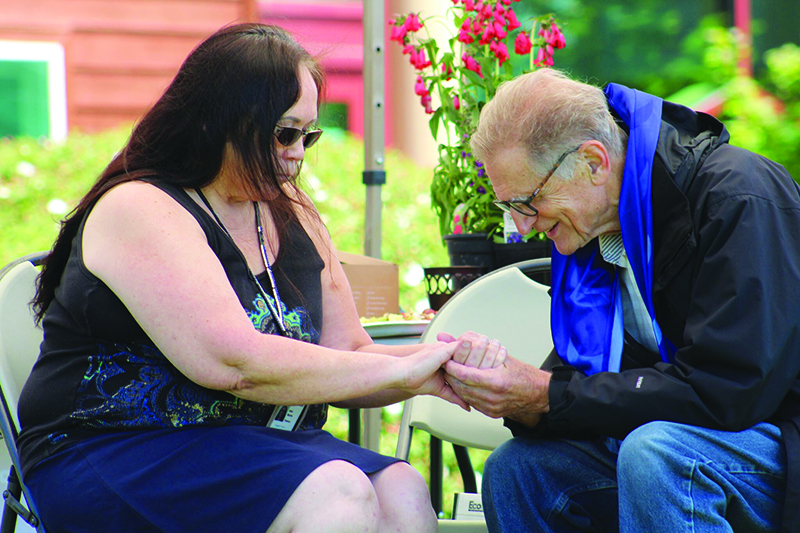 “[Father Pat] is the top dog, but he don’t act like it. He only wants to serve the people,” explains Dale. “Everybody loves him and nobody wants him to leave – ever. He’s been here with the Tribe for about twenty years. I’ve known him personally for forty years. You couldn’t ask for a better guy than Father Pat.”

The Summer Solstice Celebration offered the opportunity for attendees to walk through the Garden Trail and the Medicine Wheel Garden to view the various plants and vegetables growing in the garden boxes, on the longest day of the year. 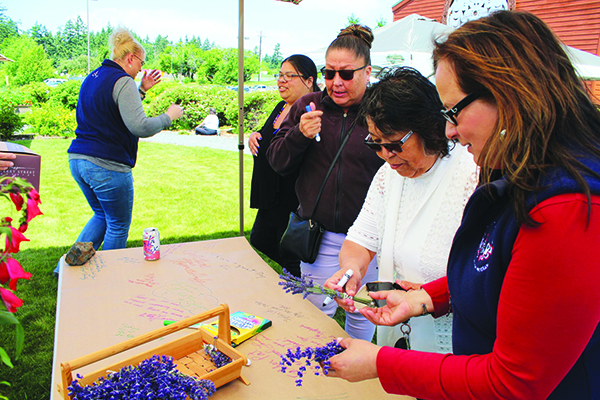 “The summer solstice is a special time for a lot of Indigenous people,” states Diabetes Care and Prevention Program Coordinator, Veronica ‘Roni’ Leahy. “Here at Tulalip, because of the opening of the Medicine Wheel Garden, we thought that this year we would celebrate the equinox and solstice through prayer.”

“We asked Father Pat to be here for the Spring Equinox, the Summer Solstice, the Autumn Equinox and he’ll be here again for the Winter Solstice,” says Roni. “Each season he’ll come back and visit with us and pray for the people. We asked him to represent the spiritual side of the medicine wheel. Jennie Fryberg said Father Pat is our medicine; so having him here is really special for the people. His words have an impact on our hearts and minds and gives us fortitude to continue our work and move forward.” 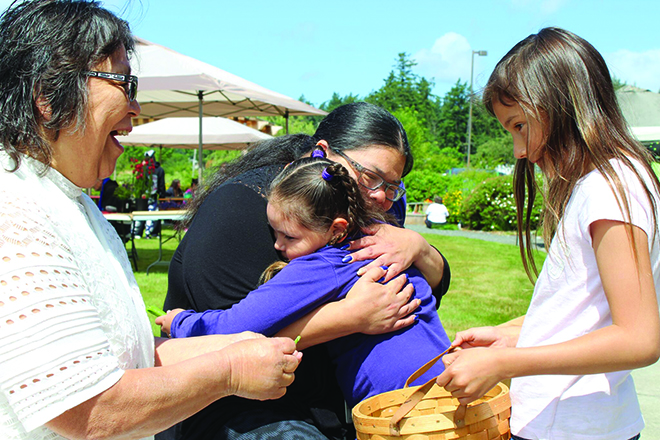 For additional information regarding future equinox and solstice events please contact the Karen I Fryberg Health Clinic at (360) 716-4511.