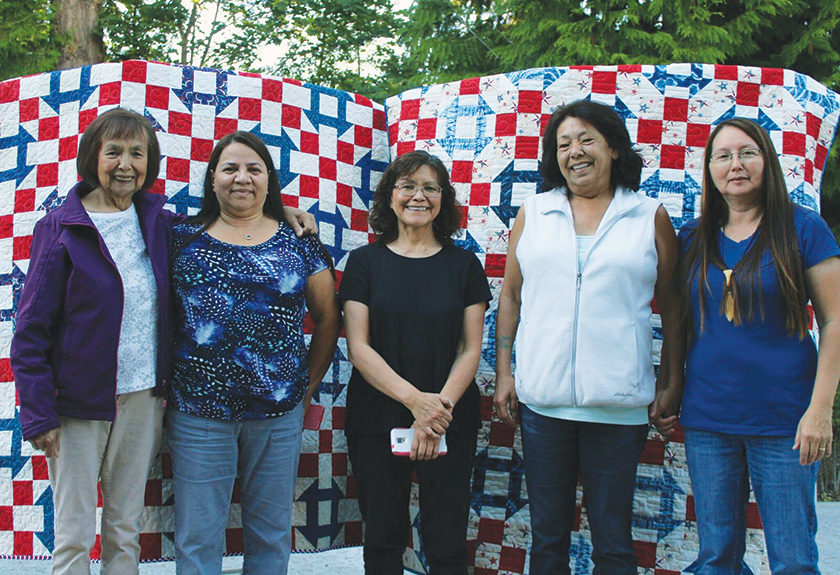 Over the past two months, seven Tulalip tribal members have been hard at work crafting quilts for the Veterans of Tulalip. The members of the quilting group are Sandra Swanson, Candy Hill-Wells, Lena Jones, Sara Andres, Benita Rosen, Sherry Dick and Rae Anne Gobin. In Native America, blankets hold a significant value to many tribal communities as they are associated with honor and respect. Blankets, including quilts, are traditionally gifted at various ceremonies such as potlatches, pow wows and graduations. Tulalip quilters have used their artwork to help strengthen their community for many generations by gifting them to honor their fellow tribal members.

“Tulalip Tribes had a group of quilters that gathered at the ‘Fudge ‘n Funnies’ quilt store in Marysville until the store had a fire and closed,” explains Quilter Rae Anne Gobin. “Since then, there hasn’t been a place for quilters to gather until the Hibulb Museum was built. In 2016, I attended a Star Quilt class at the museum, taught by Edith Johnny and Tisha Mclean.  It was then, the passion for quilting sparked once again. 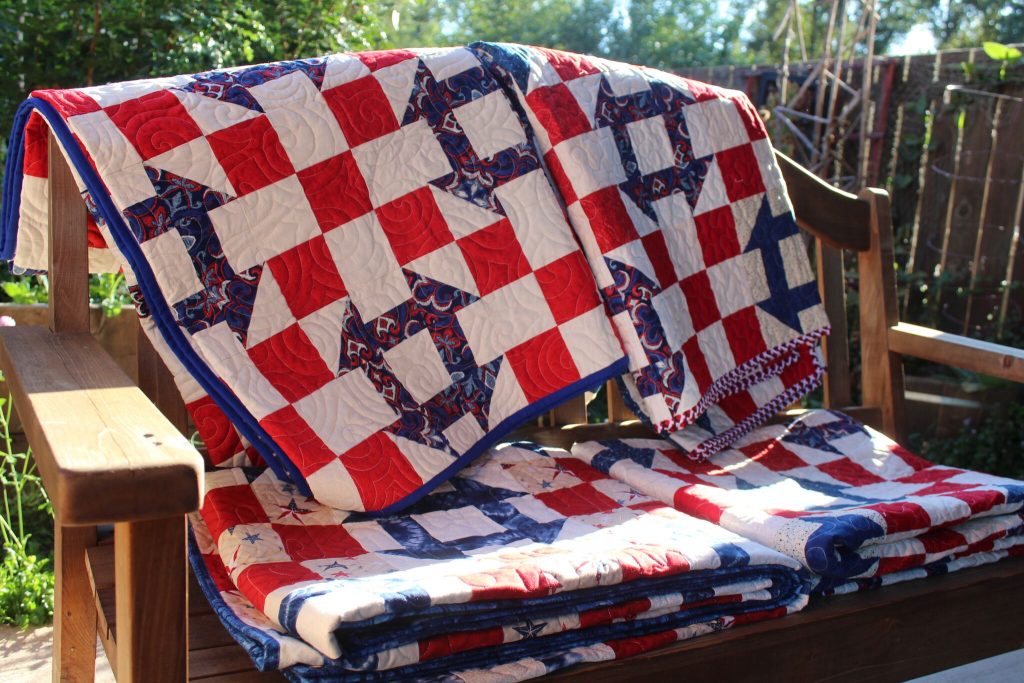 “Outside of making quilts for family what else could I do?” Rae Anne pondered. “I thought about my grandmother, Christina Fryberg Williams, who belonged to the women’s sewing group housed at the basement of the old dining hall called the ‘thrift shop.’ I remember hanging out with my grandmother and cherished the quilt she gave me. Then, thinking of my dad, Ralph D. Jones Jr., serving in the Korean War as a combat Veteran. Wishing I could’ve made him a quilt to honor his service, but he passed before I really had the inspiration to sew. It was then, I introduced the idea of the Tulalip Veteran Quilt project to the quilters. To honor our Veterans for their service.”

The project is currently in its second year. Last year, the ladies made their first quilts with a traditional Native American design for the Veterans. This year, the group picked the House Divided pattern. The ladies continue to gather weekly to work on their quilts in preparation for the Annual Veterans Day Service at the Hibulb Cultural Center, where the quilters will present their finished projects to the Veterans. 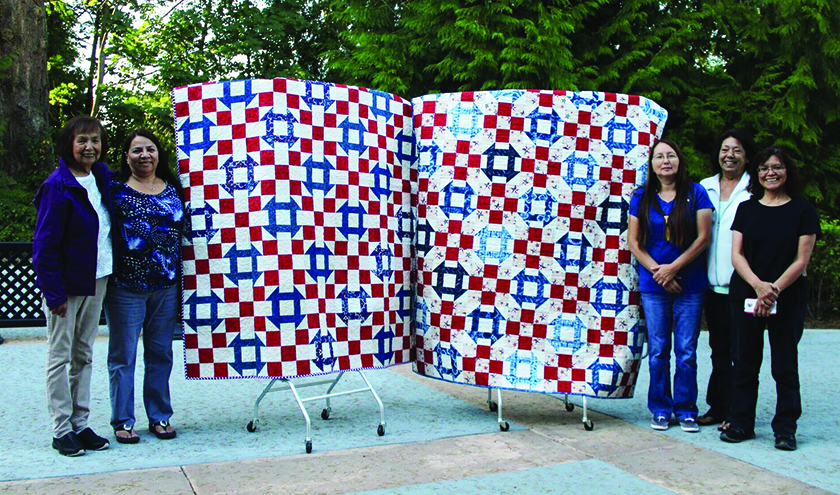 “I think each one of us didn’t expect the response we received from the Veterans,” states Rae Anne, recalling the 2016 Veterans Day event. “We felt really good about making those and putting our love into the quilts, but we didn’t expect to get the emotion we seen out of the Veterans who got them last year. I think after getting the first year behind us, knowing what that meant to the Veterans, we wanted to continue doing this. Our purpose is to give back to our members who served our country – thanking them sincerely for their service because we care about them. There is a heartfelt emotion, love and words we cannot even express. That saying is true – the more you give, the more you get back.”