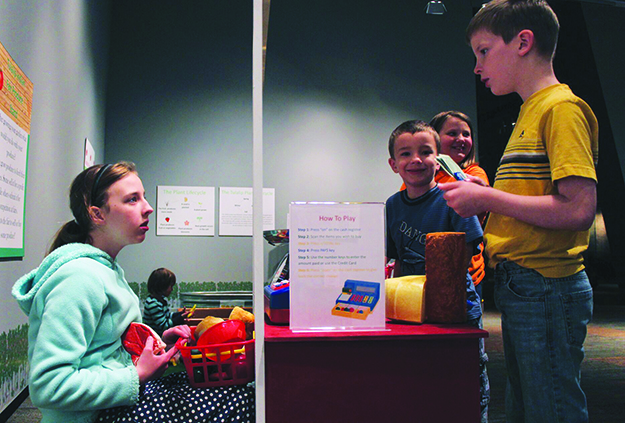 Beginning in the late 1800’s and extending into the early 1900’s, boarding schools were established across America in an effort to strip the culture and traditions from Indigenous Peoples. Native children were taken from their homes and were punished for speaking their traditional language and practicing their cultural teachings while in the schools. The atrocities were occurring across the nation as the students who were forced to attend the boarding schools were mistreated and often beaten. The United States Government set up these schools to introduce the western lifestyle, including the English language, in attempt to ‘civilize’ Native people. However, students were tragically abused, both physically and mentally.

The Tulalip Indian Boarding School opened in 1905, fifty years after the signing of the Point Elliot Treaty of 1855, and operated until 1932. One of the main areas of study at the boarding school was agriculture. Tulalip tribal members were learning how to grow their own crops and were to become farmers. In 1915, Tulalip and several surrounding tribes held their first Indian Agriculture Fair as a requirement by the state. At the fair, students showcased their new ‘Americanized’ teachings as well as some traditionally inspired handicrafts such as an assortment of tools and baskets. Many events occurred at the fair including a football game and an award ceremony. Tulalip Indian Boarding School Superintendent Dr. Charles Buchanan would continue the fair, holding the first annual Indian Fair two years later on October 5 and 6, 1917.

On the hundredth anniversary of the first annual Indian Fair, the Hibulb Cultural Center opened a new exhibit, Cultivating History: Tulalip Indian Fair, sharing the history of the agriculture fair, which occurred for over ten years. The exhibit features many interactive activities and is targeted for youth from kindergarten to the third grade; and also provides exciting displays with interesting information to keep parents entertained as well. 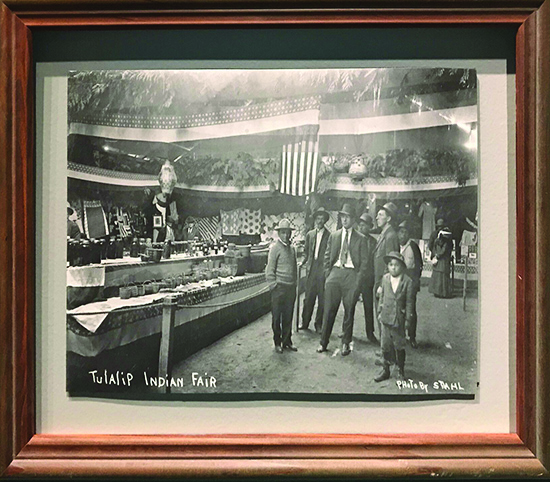 “We have all these reports from the early 1900s about how the U.S. Government was attempting to train our people to become farmers, becoming dependent on small plots of land,” explains Hibulb Cultural Center Lead Curator, Tessa Campbell. “Each family received 80-acre allotments and the government wanted Native Americans to farm on their land, deterring them from going out and practicing the hunting and gathering lifestyle.

“I think it’s pretty amazing that we were able to obtain so much information on the fair,” she continues. “We have newspapers that start from the very first fair in 1915 all the way up to 1922. We have all the original brochures from the fair and the original ribbons. That’s where the inspiration for the exhibit actually came from, when I was hired in 2009 we had one little ribbon from the 1917 fair. As I continued working, all this material kept coming in until one day we had enough material for the exhibit. The photographs depict the different displays of the exhibit that our tribal people put together. The fair was overseen by Dr. Charles Milton Buchanan, everything else was done by tribal members. They promoted it, fundraising, advertisement, they put together all of the displays and developed a committee. We’re lucky to have some photographs depicting some of the events that took place at the fair – there were a lot of sports games like football games, tug-of-war, canoe races and canoe tug-of-war.” 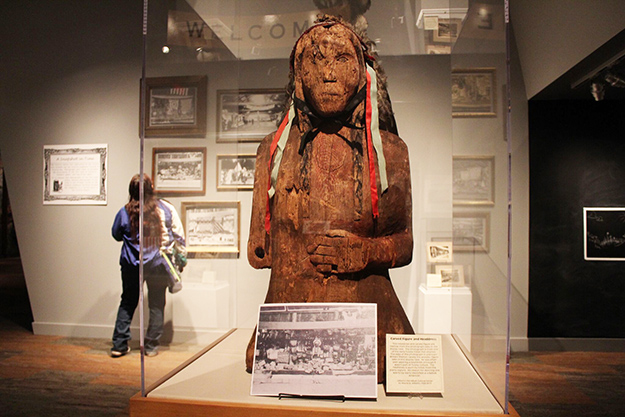 The exhibit is sure to keep the youngsters entertained by engaging them with fun activities. Aside from the original fair items, and a Chief William Shelton carving and headdress on display, kids can play a variety of games during their Indian Fair experience.

“We have touch screen games that were developed by our TDS Department,” says Tessa. “We wanted to have learning activities to reflect the Washington State learning standards, so there’s a math element. One is a canoe racing game, kids race each other. You can do one to two players, so the kids can play against the computer or a friend. They answer math questions such as subtraction and addition; whoever hits the correct button first, their canoe will go faster. The other game is called At the Fair and it’s a farmers market where the youth sell their produce and win prizes.

Then we have the garden section, one garden bed has actual fake dirt, and the other is made out of felt. Kids can build their own garden and play in the sandbox. There’s also a produce stand that our TERO construction department built for us, they did an awesome job. There’s a cash register with games so that kids can practice buying and selling produce. There’s also a chalkboard wall where kids can design their own gardens. It’s really a highly interactive exhibit. 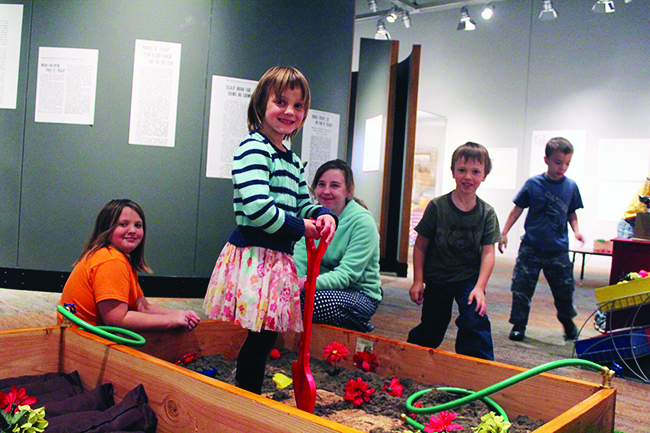 When I’ve told tribal members about the Indian Fair they’re surprised to learn about it, a lot of tribal members don’t know about this history,” she continues. “I think [the exhibit] is important because it reinforces the importance of the treaty and sustaining our cultural lifeways like hunting, gathering and access to our natural resources.”

The Cultivating History: The Tulalip Indian Fair exhibit is currently on display at the Hibulb Cultural Center and will extend into 2018. For more information, please contact the museum at (360) 716-2600.