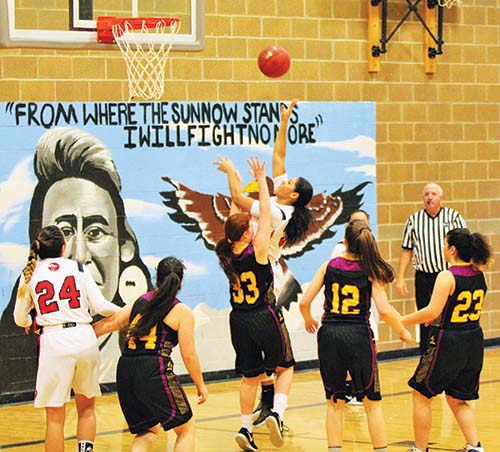 The Tulalip Heritage Lady Hawks started their season (0-3), with each loss coming to a class 2B school. However, since then they have played 1B schools within their league and have reeled off four consecutive victories.

Victories against Orcas Christian 56-23, Marysville-Getchell JV 52-17, Lummi Nation 64-35, and Lopez 56-42 have propelled the Lady Hawks to (4-3) and atop the NW1B standings. Now, they are playing with a renewed sense of purpose led behind the stellar post-play of Deandra Grant and all-around game of Keryn Parks.

Assistant Coach, Tempest Dawson attributes the team’s turnaround to “a lot of individual work that has helped our team’s growth because our girls needed to build on the fundamentals. We’ve also been doing a lot of work on our fast breaks, transitioning into our offense quickly.”

The uptick in offense has definitely been on display. The Lady Hawks only averaged 36 points over their first three contests, but have been averaging 57 points per game during their four-game winning streak. A large part of that increase in buckets has been senior center Deandra raising her level of play. She’s become a powerhouse in the paint scoring 20+ points over the last four games.

“I knew we had to step up our game and I’ve been focused on playing my best because we could take the number one spot in our league,” beamed Deandra following the team’s win over Lopez, in which she scored 29 points. “This [winning streak] lets the other teams in our league know that we’re going to be pretty hard to beat down the stretch.” 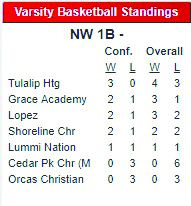