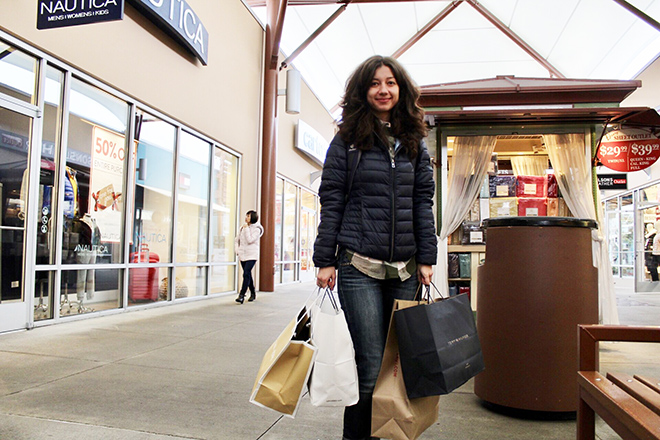 Quil Ceda Village (QCV) is taking a huge step in protecting the environment by prohibiting the use of plastic carryout bags in all of the businesses located within the city. Effective January 1, 2018, grocery and retail stores as well as restaurants will convert from plastic to paper, in an effort to go green. QCV is home to several large companies including Walmart, Home Depot, Cabela’s and the Seattle Premium Outlets, not to mention the Tulalip Resort Casino, Tulalip Bingo, Quil Ceda Creek Casino and numerous eateries. With so many businesses that utilize plastic bags, you might think a huge change like banning them entirely would ruffle a few feathers. However, the ordinance has appeared to garner more praise than protest and is in the midst of smooth transition, thanks to long-term planning.

Learning of the terrible impact plastic bags have on the environment, the QCV team had a  brainstorming session with the Tulalip Board of Directors on ways the newly established city can be more environmentally friendly and conscious. As many know, plastic is a non-recyclable material that takes hundreds of years to break down into micro-plastics, which often travel to the ocean causing further pollution. According to the Center for Biological Diversity, the average American household accrues over 1,500 plastic bags annually and recycle less than one percent of those bags. Currently the ocean is littered with plastic bags and plastic toxins that are killing over 100,000 marine animals every year. 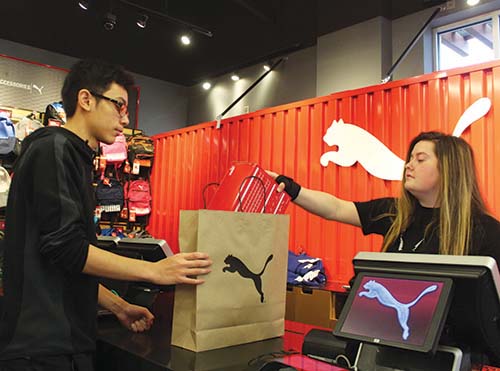 Several department managers at the Seattle Premium Outlets described the ordinance as ‘wonderful’ and ‘great’ while a Disney employee called it ‘inspiring’, stating that guests from nearby counties want their cities to follow in QCV’s footsteps. Over fifty percent of the one-hundred and thirty stores at the outlets already switched to reusable and recyclable bags before the ordinance was even announced, including Disney who sells reusable totes that feature their famous, loveable characters. Stores that were still offering plastic bags are phasing out their inventory during the holidays. A few stores such as Nike and Hot Topic are electing to switch to reusable, biodegradable bags that are in compliance with the ordinance, while other stores such as Pro Image Sports chose to stop offering bags completely.

There are a few exceptions to the plastic ban, including plastic bags used for produce and meat at grocery stores as well as to-go bags for restaurants, though Quil Ceda Administrative Director, Nina Reece, stated that the majority of the restaurants are switching to paper. Shoppers are encouraged to BYOB (Bring Your Own Bag) once the new year begins as some stores may charge a bag fee. The Tulalip Resort Casino moved away from the usage of plastic bags a few years ago and offers their T Spa, Salal Floral and gift shop guests paper bags. Similar to the outlets, Cabela’s and Walmart are using the remainder of their plastic bags until the ordinance goes into effect and have their paper and reusable bags set and ready to go. The ordinance originally had a tentative start date last spring and in preparation for that date, Home Depot was the first company in QCV to successfully switch entirely from plastic to paper.

Any businesses that violate the ordinance can be fined for each plastic bag handed out, up to a maximum of $250 per day. The ordinance aims to improve, sustain and protect the environment from plastic pollution and is an inspiring decision by the Tulalip Tribes and the city of Quil Ceda Village. For more information, please contact Quil Ceda Village at (360) 716-5000.