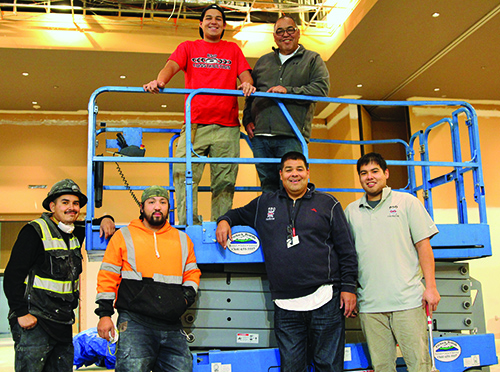 Early last year, the Tulalip Resort Casino (TRC) underwent an extensive renovation to its hotel tower, guest rooms and suites. Keeping in line with its AAA Four Diamond status means staying ahead of the curve and constantly looking for new ways to keep guests coming back. Currently, that same attention to detail and refreshing look that went into the hotel renovation is being given to the TRC’s Conference Center, which is the southern part of the property where the Orca Ballroom and Chinook rooms are located.

“With almost ten years of extremely high utilization the Conference Center space needed a refresh. Everything from technology to tile were starting to show their age, and as well maintained as they were, there is only so much life you can get of a facility before it needs to be updated,” explained TRC General Manager, Sam Askew. “The need gave us the opportunity to really make the space much more representative of the Tulalip Tribes in look and feel, while also addressing the needs of the guest. When completed next month, guests will have the same type of Tulalip experience both in rooms and in the Conference Center.” 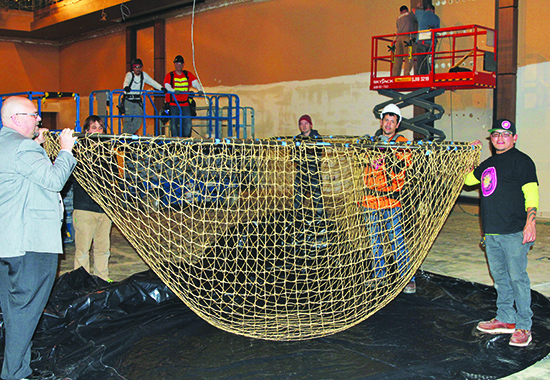 “I started my company so we could start hiring tribal members and give the younger generation an opportunity to work alongside professional tradesmen and to learn those on-the-job construction skills,” said Harold. “We’ve had about twelve to fifteen younger tribal members on the last couple jobs, seven of them are recent high school graduates. They are learning and doing drywall, tile and carpet installation, and steel-stud framing. They are coming to work every day putting in eight to ten hours, learning from guys who have made a successful career out of construction.”

Learning the importance of an honest day’s work is huge for any young person transitioning into adulthood. Especially so for the millennial generation who are most often associated with the term ‘entitlement’. But for these tribal members, recently minted as grownups, the opportunity given by Rising Sun Development and TRC Conference Center remodel allows them to fully comprehend what it means to get dirty, work hard, and earn their keep.

“Working for a tribal contractor, I feel we are offered more to learn and there are less barriers preventing us from succeeding,” added 19-year-old tribal member, Darion Joseph. “There’s a sense of pride, too, in knowing we are building something and leaving our mark on a business that means a lot to our people.” 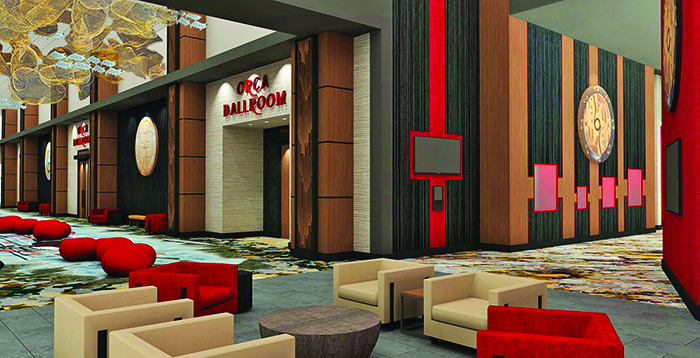 Once the remodel is completed, the Conference Center will have a stronger influence of Tulalip culture than the previous design. It seems only fitting that Tulalip tribal members (as contractors and their hard at work employees) are those doing leaving their mark behind the scenes while completing the Conference Center’s transformation.

“Sharing the culture of the Tulalip Tribes has always been an important part of the resort experience since its opening,” continued TRC General Manager, Sam Askew. “Door handles go from being a plain stainless steel bar to being a bronzed paddle. Now when I open the door to a Chinook Meeting room, I’m literally touching the culture. The flooring is likely to be most striking to visitors as we wanted to tell the story of life on, and within the waters of Tulalip Bay and The Salish Sea.

“Ultimately, having tribal members performing the work being done to bring about this great transformation only adds to the value of a design we created to best represent the Tulalip Tribes. Seeing young tribal members not only working but learning new skills and trades as well means that there is a bright future for Tulalip. In 7 or 8 years, when they walk through the TRC with their own families, they’ll be able to share not only what the elements of the spaces mean with their children, but that they are tied to it in very profound way because they helped make it a reality.”