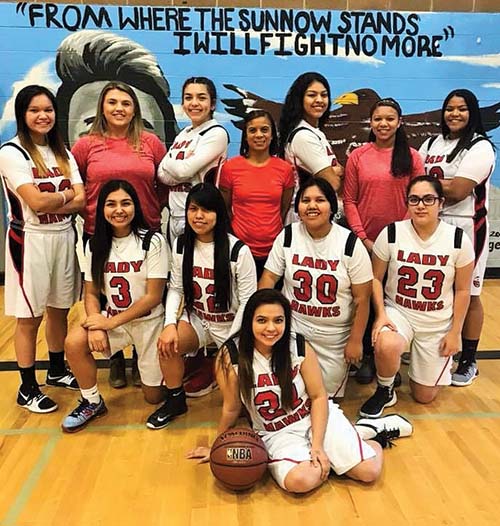 For the third straight year, the Tulalip Heritage Lady Hawks basketball team (17-6) made it out of Districts and into the Tri-District Tournament. After losing an opening round game to Clallam Bay, 55-63, the Tulalip girls packed up and traveled to Evergreen Lutheran H.S. in Tacoma. There they would matchup with the Rainier Christian Mustangs in a loser-out game played on Thursday, February 15.

In the 1st quarter, the Lady Hawks took some time getting adjusted to the Mustang defense. Not scoring as they are accustomed to, they still managed to keep the game close by playing top-notch defense of their own. Midway through the quarter it was a tie score, 5-5, before the Mustangs went on a 6-0 run to take an 11-5 lead.

During the 2nd quarter, the Lady Hawks made a concentrated effort to get the ball inside and play through their forwards, Deandra Grant and Krislyn Parks. They both responded by making some buckets in a crowded painted area. Midway through the 2nd quarter, the game was again tied, this time 11-11. A pair of Krislyn free-throws would be the only remaining points for the Lady Hawks in the 1st half, who trailed 13-16 at halftime. 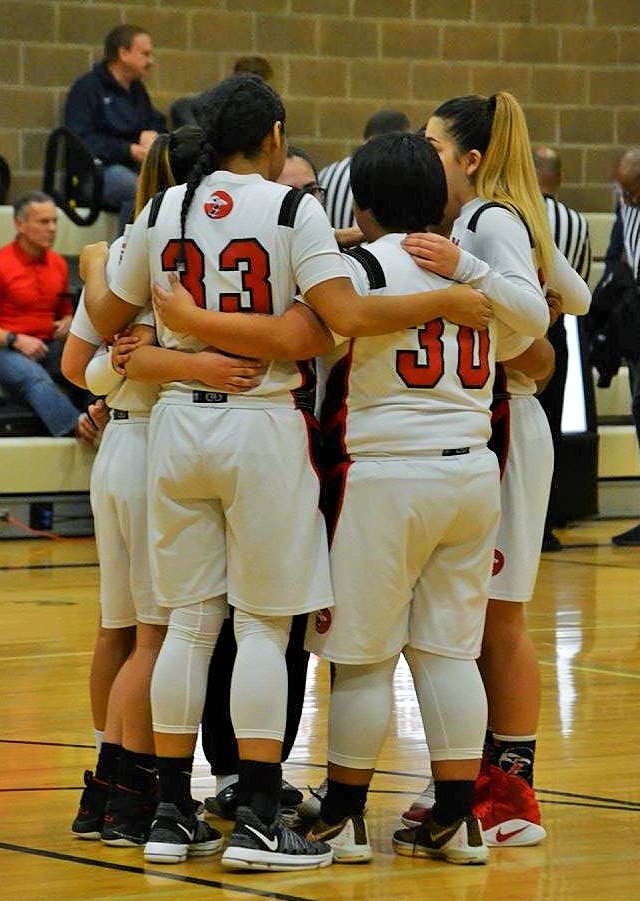 The 2nd half was one to forget as the Lady Hawks just weren’t able to solve the Mustangs defense. Tulalip scored only 9 points the entire 2nd half and saw their season come to an end with a 22-38 loss. Deandra and Krislyn each scored 9 points to lead their team.

Following the loss, the Lady Hawks remained upbeat and proud of all that they had accomplished during the season. After starting 0-3 on the year, they bounced back going a perfect 12-0 in league play, and were only a couple buckets shy of taking 1st place at the District Tournament.

Senior standouts, Keryn Parks and Deanda, ran a lethal two-man game all season that resulted in each of them routinely having big games. Up until the Tri-District Tournament they hadn’t seen a team have the size and athleticism to slow them down. The two captains took a moment to speak on the achievements made this season and how the team had grown.

“The beginning of the season was weird because we went through three different coaches, from Bubba to Tina then switching to Tempest. The changes were drastic and we really didn’t play well together at the start,” reflected senior forward, Deandra Grant. “Towards the middle of the season we starting working well together and our game plan finally clicked. Then by the end of the regular season we really got to connect with each other and that showed in our play. Overall, we improved so much as a team from where we started and we did pretty well in the playoffs. 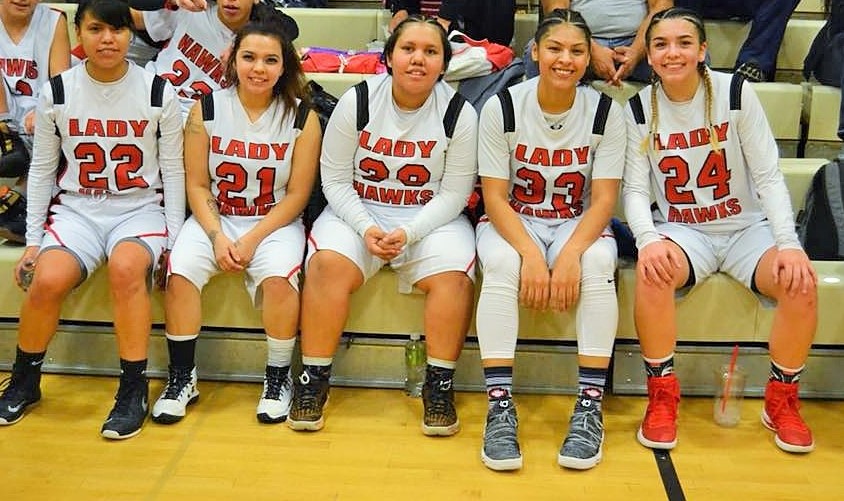 “My favorite moment of the season came in our last game. Even though it was a playoff loss, while we were losing we still kept our spirits up and showed heart. We didn’t want the season to end and if we lost we knew we were giving it our all.”

Senior guard, Keryn Parks, added, “I felt we grew a lot as a team, especially towards the end and in the playoffs. Yes, we took three losses to end our season, but during that time we came together as a team and worked on our mental game. We did thought exercises and talked about our mindsets in order to become stronger mentally.

“Our three coaches, Tina, Katia, and Tempest did a really good job coaching us all throughout the season. I give props to Tina for pushing us to perform in the classroom and on the basketball court. She wants to see us succeed at school as students, and that really means a lot to us. I appreciate Tempest coming in and, for not knowing any of us girls, she built us up individually. She worked with us one-on-one and showed us how to be better players. Throughout the entire season as a coaching staff they pushed us to do better every single game, in practice, and in the classroom.”