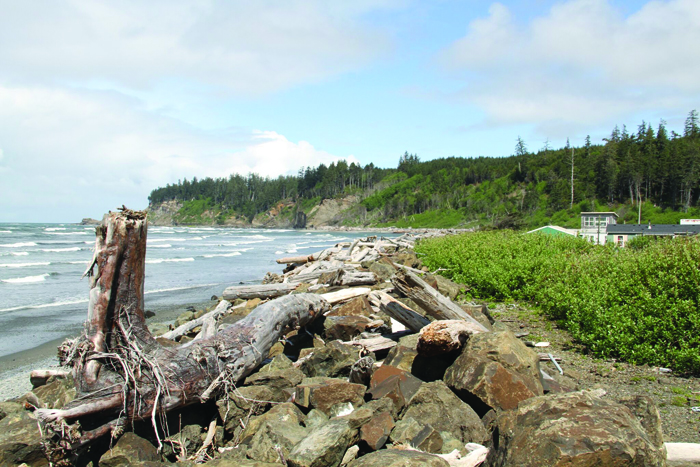 As a member of the Quinault Indian Nation (QIN), I spent the majority of my childhood summers in Taholah at my grandparent’s house while my parents worked throughout the summer. My grandparents lived right at the heart of the lower village. Many of my childhood memories occurred in Taholah. Playing backyard baseball with all of my cousins, daily trips to the mouth of the Quinault River with my auntie, bike rides with my sister throughout the reservation, lighting fireworks on the beach and enjoying good food and times served up at the many family functions at the community center. In my adolescent years, I worked for the Quinault newspaper, the Nugguam, where the offices had an amazing view of the river, located directly across the street. My mother, my grandparents and countless others created priceless memories in the lower village and have lived there for nearly their entire lives. It’s heart wrenching to learn that at any given moment the entire lower village could be washed away.

“The last huge cataclysmic earthquake happened on January 24, 1700. The Quinault or Makah didn’t have records, but the Japanese kept good records,” states QIN Senior Planner, Kelsey Moldenke. “From that, they were able to extrapolate back to when it exactly happened. That’s three hundred and thirteen years ago, these quakes happen every three to five hundred years. We’ve already passed that three-hundred-year threshold, so the biggest threat to the village is a tsunami.” 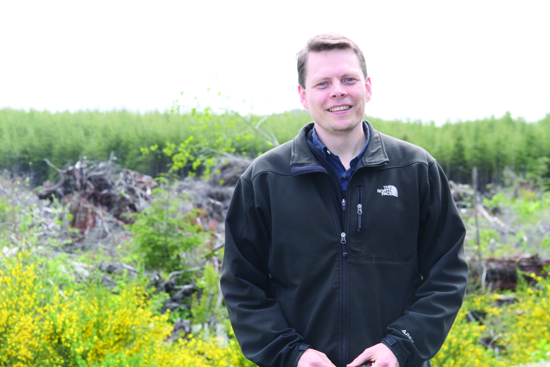 Schools along the coast, throughout Grays Harbor County, practice tsunami evacuation drills in case they ever need to transport students to higher ground. Tsunami evacuation routes are posted throughout the highways as coastal communities including Ocean Shores, Seabrook and Westport are all at high-risk. Many of the small towns have only one or two roads leading away from the ocean. Several of my classmates would often scoff at the idea of a tsunami ever occurring during our lifetime. One classmate even stayed home while his entire family evacuated during one of a few red tsunami alerts. Tsunamis, for some reason, always seemed somewhat farfetched. However, the Quinault Nation is currently in the planning process of creating an entire new village that is out of the tsunami danger zone, preparing for a tidal wave that may not be as far away as we once thought.

“We have the Cascadia subduction zone off of the coast, about fifty miles,” says Kelsey. “It’s geologically similar to the area off Indonesia, which back in 2005 had that big quake and tsunami that wiped out two hundred and fifty thousand people. There’s six hundred and fifty people and one hundred and seventy homes in the lower village, so we need to get people up the hill and out of danger in case of a disaster.”

Relocating all of Taholah’s lower village community members and programs will be no easy feat. In fact, the planning department envisions completing the entire project within twenty to twenty-five years, depending on a number of variables such as funding and convincing the community to leave their current homes. When creating the plan for the new village, QIN also had to include the programs that are currently located in the lower village as well as the cultural museum, the Taholah Mercantile, post office, community center and the school.

“We wanted to have a central road with the mercantile, the bank, the post office and other offices,” Kelsey said while describing the relocation plan.  “We have the museum at the heart of the community to keep the culture right there in the center. And also a new community center at the top of the hill where you would be able to have better space. The community center will probably be a little oversized, we’ll have extra showers and we added some storage for cots and tents, so that it could serve as the emergency evacuation area.

“The school’s plan was in place before I got here,” he continues. “The school is owned by the state, it’s not a BIA school, so it’s going to be harder to fund. I think the state will pay up to twenty percent of the new school, otherwise it’s up to local jurisdiction. Somehow we’d have to come with forty million dollars to pay for that school. Those funds could come through congressional appropriation or a big loan because that’s by far the most expensive building we’d be looking at and it’s not totally within the Nation’s control.”

The new village will also include a central park, cottages for elders, apartments for college students and single adults, and tiny houses for the homeless population as well as people who are returning to the community from recovery. If a disaster were to take place, the QIN planning department took measures to ensure the sustainability of the community.

“In the case of the quake and the tsunami, Taholah is by itself,” says Kelsey. “There’s one road in and there’s one powerline in and they both go through the tsunami zone on the beach. So having the best shelter in place was the goal of this project. We talked to Grays Harbor PUD and it would take six months to two years to get power restored in Taholah. Being at the end of the line, we’re the last ones to get served out here. How do we maintain at least some power was another goal of this plan. We placed an energy park in the village and a biomass facility. We worked with some federal agencies and with a non-profit group on incorporating solar into the neighborhoods. That may not take care of all the power needs for the village but it would keep the lights on for some of the day and the refrigeration going. And with the biomass, we’re looking at doing the district heating system where it would basically boil water and then you would take the heat from the boiled water and heat the clinic, the Admin Building and the Generations Building.”

QIN will then focus their attention on relocating the Queets Village, located near Lake Quinault and home to a number of Quinault tribal members.

“We asked, how’s the tsunami going to affect Queets, and found that all of the lower village of Queets will also possibly be wiped out. We’re working on a plan for Queets, we’ll also be building a Generations Building for them, which could also serve as the evacuation center.”

Kelsey believes the relocation of Taholah and Queets will happen over a number of years and in phases, alternating projects between the two new villages. In addition to the tsunami, QIN has to think about how climate change will continue to affect Taholah through sea level rise and beach erosion.

Funding remains a concern for the project at the moment because many communities haven’t had to move an entire village to higher ground for the safety of their people during this modern age. In earlier years, Indigenous communities would be able to move about the land more freely, today the tribes face more challenges such as property ownership and the cost of construction. Since working on this project with QIN, Kelsey has come into contact with two tribes, one in Alaska and the other in Louisiana, who are currently experiencing similar situations and are having to relocate. By keeping in contact with those tribes, Kelsey has been able to learn of a couple new resources for funding as well as pick up a few pointers.

Saying good-bye to the entire Taholah village would be extremely hard because of the memories created and shared there. However, QIN is making efforts to protect the culture, the safety of its people and ensuring the future of the tribe by beginning to build a safe, new community away from the danger of a tsunami.