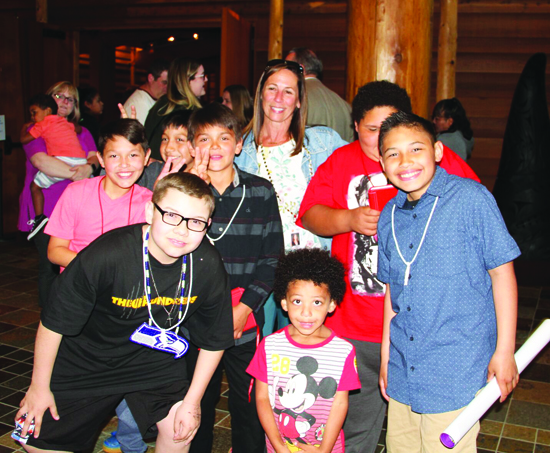 The Marysville School District (MSD) Indian Education Department held a ceremony at the Hibulb Cultural Center Longhouse on the evening of May 31, to honor their fifth-grade students who will be making the transition from elementary to junior high next fall. Native students from the Allen Creek, Cascade Grove, Liberty, Marshall, Kellogg Marsh, Marysville Co-Op, Shoultes and Sunnyside elementary schools were recognized for successfully completing grade school and beginning the next phase of their educational journey.

The traditional graduation ceremony was inspired by the Quil Ceda Tulalip fifth grade potlatch that is held at the end of every school year. MSD native liaisons were motivated to create a similar ceremony to honor the native students who attended other elementary schools throughout the district. During the ceremony, the students are gifted necklaces with cedar-carved salmon pendants and are offered words of support and encouragement from Tulalip tribal leaders.

“Students, you hit a milestone on going into a new school,” expressed Tulalip Vice-Chair Woman, Teri Gobin. “You’ve taken a step into a new direction and it’s going to be a wonderful. Next thing you know you’ll be going into high school and then graduating. We look forward to doing anything we can to assist you. I want to encourage you to take advantage of the native liaisons to help you through every step. We’re proud of each and every one of you.” 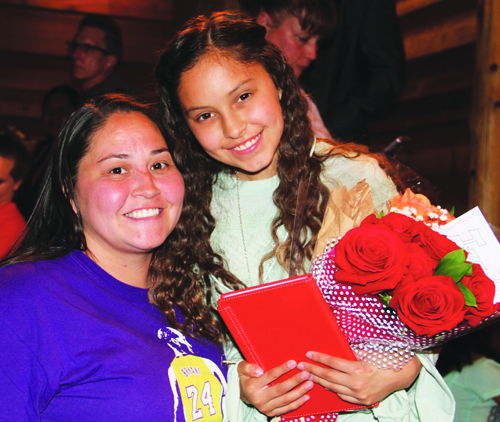 The ceremony also serves as a means of introduction between students who will be attending the same middle school but attended different elementary schools; as well as between students and the native liaisons of their new school.

“We came together as a team to honor the fifth graders as they go to middle school,” said Native Liaison, Zee Jimicum. “It’s a tough transition. Quil Ceda Tulalip Elementary has a fifth-grade transition weekly course to help their students prepare for middle school. So for those kids who don’t have that connection like Quil Ceda Tulalip students, it’s super important that they see our faces so when they get to middle school next year they have that connection.” 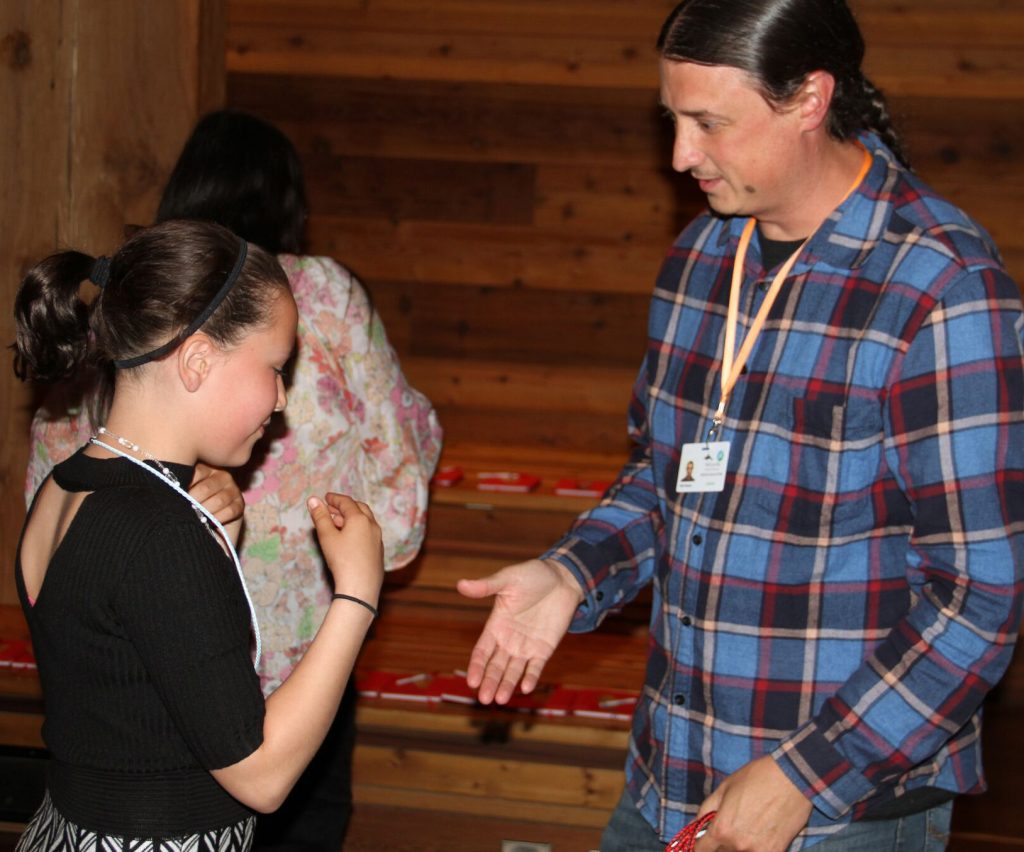 MSD native liaisons Terrance Sabbas and Matt Remle performed an honor song for the students on the traditional round drum and presented them with cedar necklaces. Each liaison also introduced themselves and shared their excitement with the future middle schoolers.

“As a district we wanted to honor, encourage and support these students culturally here in the longhouse,” said Terrance. “We wanted to sing our traditional songs so they can feel at home. We wanted to tie it all together with culture and honor all the work they’ve accomplished.”

The MSD Indian Education Department also thanked Cascade Elementary Principal, Teresa Iyall Williams, for her years of dedication to the youth as she’ll be enjoying the retired life after this school year. Teresa was blanketed by the Indian Education Department and referred to as an ‘inspiration to all the young native girls’ and ‘a great example of how to conduct yourself’ by Tribal member, Denise Hatch-Anderson.

The students received journals from the MSD Indian Education Department so they can document the next three years of their middle school experience.

“The excitement you have, I hope it continues all the way until you graduate from high school and from college. Whatever you choose to do in this world, we ask you to dream big,” said Deborah Parker, MSD Director of Equity, Diversity and Indian Education. 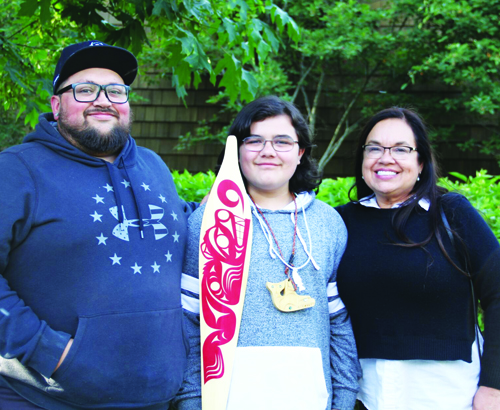 Dreaming big is exactly what the students plan to do, including Tulalip tribal member Conner Juvinel, who plans to continue pursuing his passion during his middle school years.

“I dream to become a scientist,” he states. “I enjoy science a lot, like earth studies. It feels terrifying but still pretty awesome to go into middle school. I don’t know what I’m most excited about but I know I’m excited.”