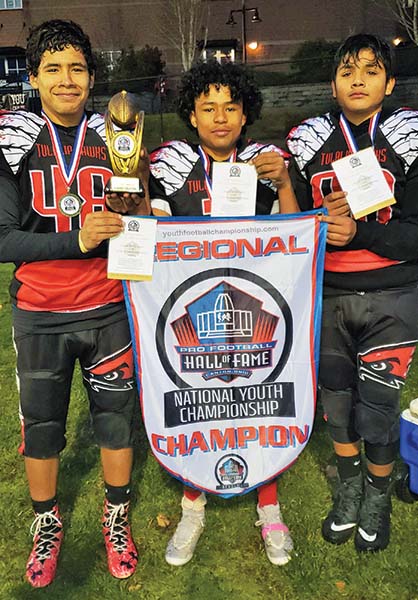 “On offense and defense, this team is simply amazing!” boasts James Madison, head coach of the 12-U Tulalip Hawks youth football team. “It’s been an honor to coach this team. From the coaches and players, to the parents and extended families, there is a strong sense of pride we all have representing our tribe. We’ve stuck together all season as one big family, and the results really show that.”

The results have been impressive, to say the least. A brand new team playing in the competitive North Sound Junior Football League for the first time, the Tulalip Hawks ‘Bantams’ received high praise as they dominated their competition during their (8-0) regular season. Then in the postseason they made quick work of their first two playoff foes, posting back-to-back 50-0 and 40-0 shutouts. 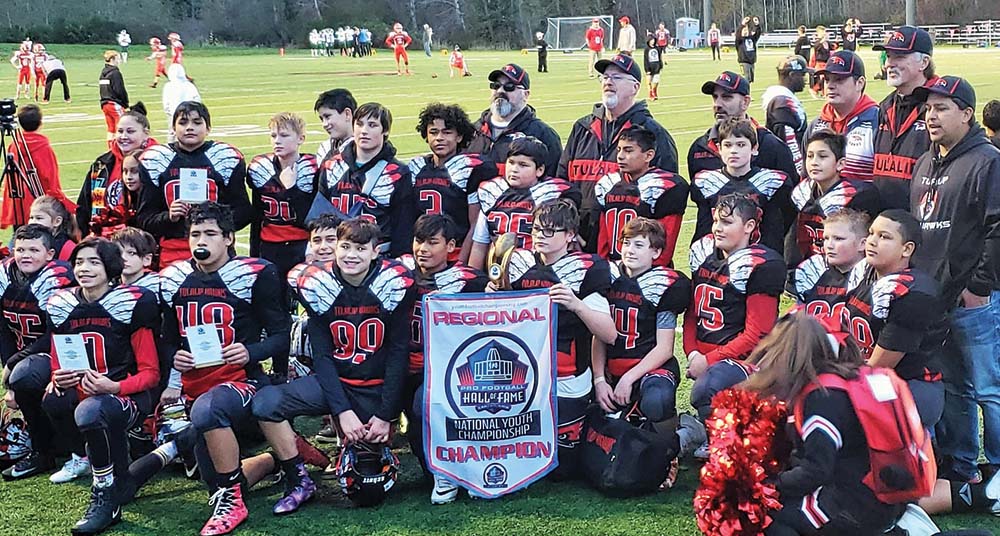 It wasn’t until the league championship game vs. Lynnwood that the soaring Hawks finally played in a competitive game. But even then, after being tied 19-19 early in the 2nd half, they would close out the game with two impressive touchdown drives to seal their first-ever North Sound league championship.

Led by a core of talented Tulalip youngsters, the Hawks to this point were undefeated and scoring on average a whopping 40.7 points per game while only giving up a paltry 5.5 points to their opponents. Those impressive numbers on both sides of the ball, plus the league title qualified them to participate in a Northwest Regional tournament with a chance to play in the Pro Football Hall of Fame’s World Championships, hosted at Canton, Ohio in mid-December. 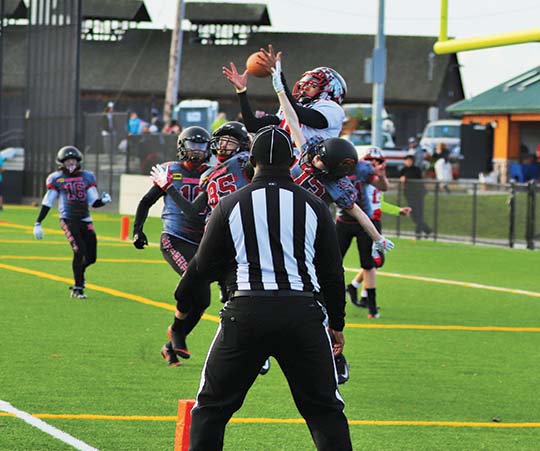 “The vision of the Hall of Fame was to create the little league world series of football, a postseason tournament that stacks up the best programs in the country to crown a true national champion ,” explained Gary Howard, Pro Football Hall of Fame’s national scouting director. Each winner of the fourteen regional tournaments automatically qualifies for the national tournament.

The Northwest Regional tournament kicked-off for the Hawks on November 24, when they hosted the Bellingham Knights at the Tulalip Youth Complex. In front of a raucous home crowd, the Hawks continued to showcase their skyrocketing potential on both sides of the ball with a 39-6 dismantling of Bellingham. The win catapulted the young Hawks into the Regional championship game played at Archbishop Murphy High School. Their opponent was the Sedro Woolley Cubs, a team who hadn’t lost a game in two years. 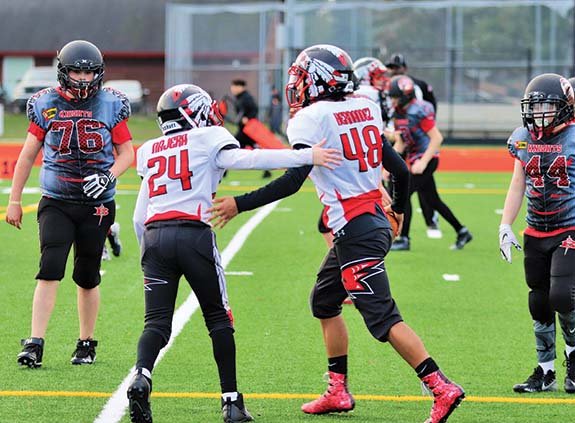 With two undefeated teams set to matchup for a regional title, the game was expected to a barnburner. However, as they’ve done all year, Tulalip made quick work of previously unbeaten Sedro Woolley with a series of game breaking athletic plays and timely defensive stops. The Hawks won the highly anticipated matchup 34-12. With the victory they were crowned Northwest Regional champs and earned the opportunity to play in Canton, Ohio for a national title.

If the team success wasn’t enough, individual accolades were achieved by five stand-out Hawks players. 00 Ignacio Vega-Hillaire, 3 Gaylan Gray, 7 Ryelon Zackuse, 13 Jayden Madison, and 48 Gio Vega-Hernandez each received a hand delivered invitation to participate in the Pro Football Hall of Fame’s elite three-day training camp. This invitation-only training camp features the best of the best in their age division, while offering a once in the lifetime opportunity to develop and train under the guidance of former NFL coaches and players. 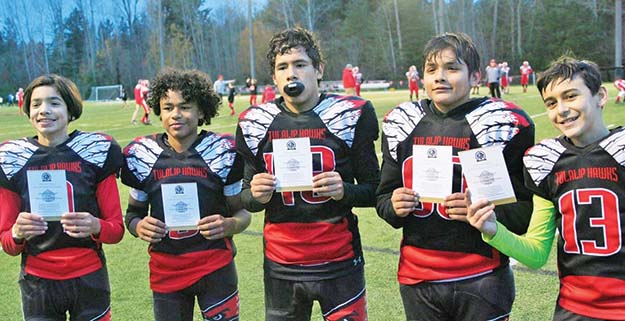 “This year is the first of many yet to come. We strive to get the most exposure at the National level for all youth in the Northwest,” said Board of Director Marlin Fryberg, Jr., who also serves as a Pro Football Hall of Fame regional scout. “Having teams and players represent us in Canton, Ohio will be a great thing for our youth football programs. It’ll be a once in a lifetime experience for the kids and their parents.”