Marysville School District’s very own Equity, Diversity, and Indigenous Education department created the Student of the Month awards to recognize outstanding students who have demonstrated commendable academic success in the classroom. Student awardees in the past have displayed an admirable dedication to their school work and active involvement amongst their peers.

Previously, only one girl and one boy student were honored, but the program has grown to include one impressive student from each of the elementary, middle, and high school levels. For their commitment to excellence in the classroom and backed by strong recommendations from school faculty, Dakota Laducer of Quil Ceda Tulalip Elementary, Devaney Jones of Totem Middle School, and Keyondra Horne of Marysville Getchell High School were announced as students of the month for November.

The three students, all Tulalip tribal members, received special recognition and were given a commemorative certificate during the Marysville School District’s school board meeting held on Monday, December 10. 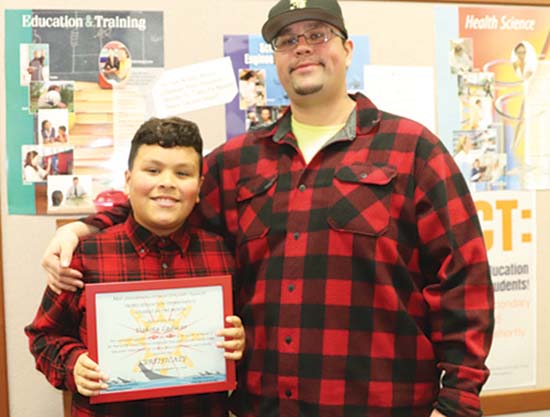 Indigenous Education Liaison Breezy Distefano introduced Dakota to everyone in attendance. “Dakota has shown so much perseverance in his learning, and tries to learn something new every day,” she said. “He has recently increased his testing scores by over 200 points, which is a huge accomplishment.” 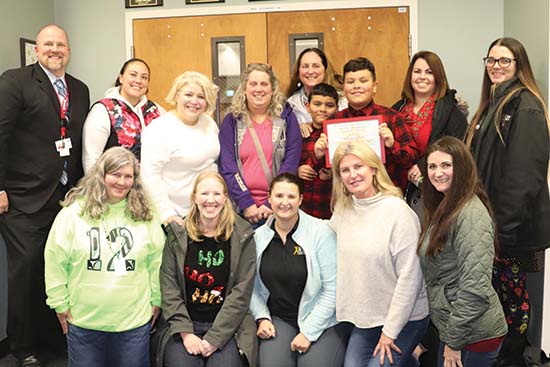 QCT Elementary teachers and Admin staff turned out to cheer on Dakota.

Dakota accepted his award with a large ovation from the crowd as many Quil Ceda Tulalip teachers and administrative staff turned out to support the young man’s academic milestone.

Principal Douglas Shook explained, “We are absolutely proud of Dakota and the growth he has made as a student, but also as a leader. He is one of our students that embodies the growth spirit we have at Quil Ceda Tulalip. We have a lot of staff that are rooting for his success.” 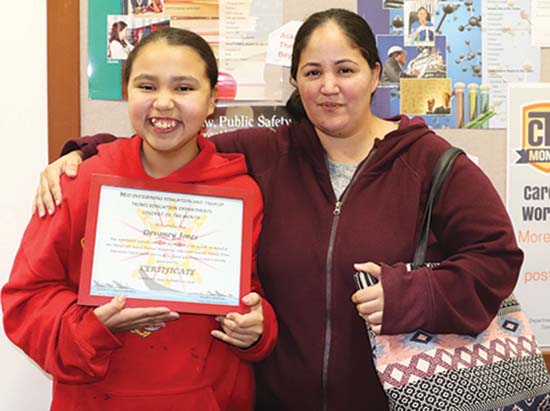 Next up, 8th grader Devaney was described by Native Liaison Terrance Sabbas. “Devaney is an amazing student who has top notch grades and is a great role model for all Totem students,” he said. “Talking with Devaney’s teachers they said she’s an incredibly hard worker, is very respectful, and has shown tremendous writing skills. What I enjoy most about Devaney is she takes her job as a student seriously and wants to achieve as best she can.” 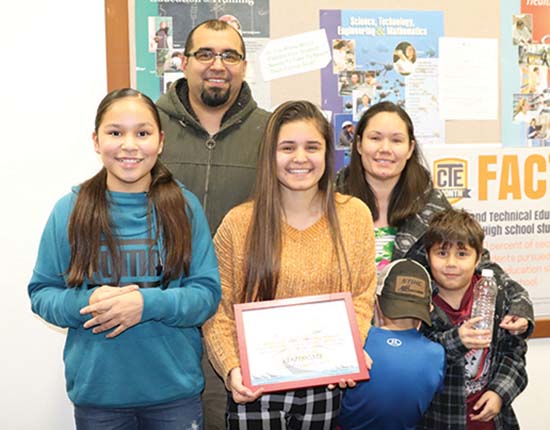 High school student of the month honors went to Getchell High School student standout, sophomore Keyondra Horne. “She has a 3.75 GPA and has only missed one day of school this year, so that is so awesome what she’s been able to achieve with her academics and attendance,” described Lead Indigenous Education Liaison, Matt Remle. “Not only is she succeeding in school, but even more astounding she is highly involved and engaged with her traditional culture. Keyondra is a fancy dancer in the Powwow circuit who reigns as a Princess for the Stillaguamish Powwow. She’s also been selected as a leader of her peers to be head-woman dancer for the upcoming MSD Christmas Powwow. No doubt, she will succeed in her post high school endeavors where she wants to go to college and major in Accounting.”

Going forward, a selection committee will review all student nominations based on their academics and school engagement. Each month three students (representing elementary, middle and high school levels) will be recognized as students of the month. For more information or to nominate a student, please contact Director of Equity, Diversity & Indigenous Education, Deborah Parker at 360-965-0059.