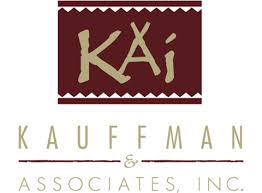 “American Indian and Alaska Native people finally have the opportunity to ensure their health needs are fully covered, but they have to sign up. This is so important. It was a privilege to help CMS with this campaign,” said KAI President Jo Ann Kauffman, a public health professional and member of the Nez Perce Tribe.

The campaign also included a 7-minute video featuring former CBS News reporter Hattie Kauffman. This video, directed by Josephine Keefe, won the 2014 Telly Award earlier this year. The video is available online and is currently being played in Indian health clinic waiting rooms across the nation. Monthly radio public service announcements (PSA) were also produced by KAI, and featured both English and Native language speakers. Radio PSAs were sent to Native radios each month on topics about special benefits and protections for American Indians and Alaska Natives. These PSAs were recorded in English, Navajo, Lakota, Ojibwe and Yupik. Companion “drop-in” articles were placed in Native newspapers to reinforce the radio messages.

KAI has provided research and communications support to federal agencies, tribes, nonprofits and foundations in the area of public health, education, justice and community development since 1990.