The two Navajo men murdered July 19 in Albuquerque were homeless only when they were in the city.

Kee Thompson and Allison Gorman, who were beaten to death with cinder blocks while they slept on a mattress in an open field, had homes on the Navajo Nation, said Mary Garcia, executive director of the Albuquerque Indian Center. Although their individual circumstances varied, both men left those homes in search of other lives and instead found themselves living on the streets of New Mexico’s largest city.

“They leave the reservation for better opportunities,” Garcia said. “But once they get here, the opportunities aren’t here because of lack of training or lack of transportation. Then the bad things start happening.”

Gorman, 44, had a card in his pocket listing his mailing address at the Indian Center, Garcia said. “That was the only thing on his body that could identify who he was,” she said.

In the days following the murders, details about who the men were have trickled in. Gorman, of Shiprock, New Mexico, moved to Albuquerque earlier this year looking for work. When he couldn’t find a place to live, he ended up on the streets, his sister, Alberta Gorman, told reporters.

“We are all in shock and we just can’t make sense of all this that has happened,” Alberta Gorman told a KOB-TV reporter. “My brother Allison was a son, a brother, a father, an uncle and a grandfather, and he was a very kind, loving man.”

Gordon Yawakia, prevention coordinator at the Albuquerque Indian Center, remembers Gorman as a “big, tall guy” who dressed in Levi’s, boots and a cowboy hat.

“He was a regular, down-to-earth cowboy,” Yawakia said. “With a backpack on, he reminded me of the Marlboro man.”

Gorman last visited the Indian Center on May 5. According to sign-in records, he was there at 9:30 a.m. and again at 1:30 p.m. He kept a mailbox at the center, saying he wanted a “place to call home,” Yawakia said.

Thompson, who was either 45 or 46, left his home in Church Rock, New Mexico, in 2005. His family said he moved to Albuquerque after his 19-year-old nephew died of a heart condition.

Thompson’s aunt, Louise Yazzie, told reporters she raised him after his mother died.

Although Garcia hadn’t seen Thompson at the Indian Center for several years, she remembers he was always well-dressed and had his hair neatly trimmed.

“He always had a real good-looking hairstyle,” she said. “The reason I found it interesting is because he didn’t look like a street person.”

And really, he didn’t belong on the street, Garcia said.

“A lot of the guys who come here are homeless, but only in the city,” she said. “They have homes on the reservation.”

Police arrested three teenagers in connection with the murders. Alex Rios, 18, Nathaniel Carrillo, 16, and Gilbert Tafoya, 15, each are charged with two open counts of murder, tampering with evidence, three counts of aggravated battery with a deadly weapon and robbery. Bail was set at $5 million for each of them.

The Albuquerque Indian Center organized a peaceful march last Friday to memorialize the two men and call on city and state officials to step up. About 200 people participated in the march, Garcia said.

“I always like to make the point that because the people are homeless, that doesn’t mean they have to be treated with less respect,” she said. “What happened to these men is beyond comprehension and no one should have to go through that.” 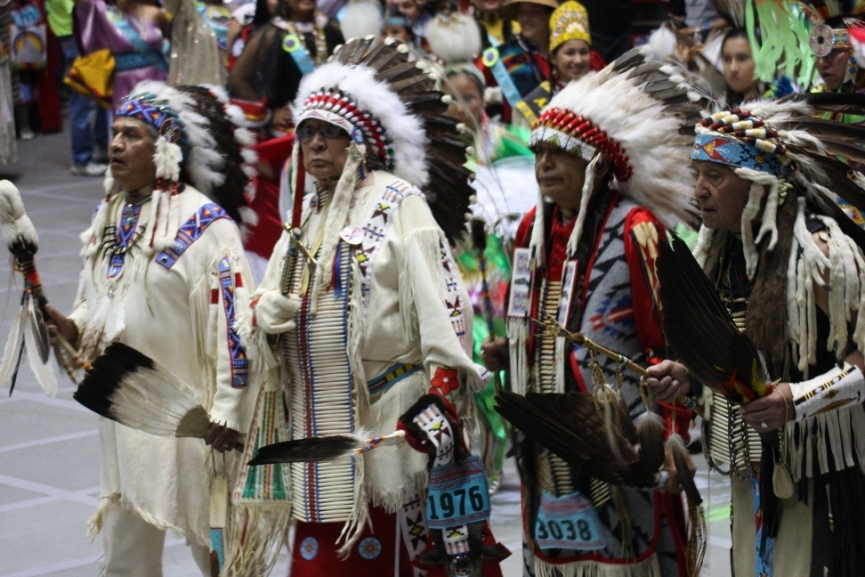