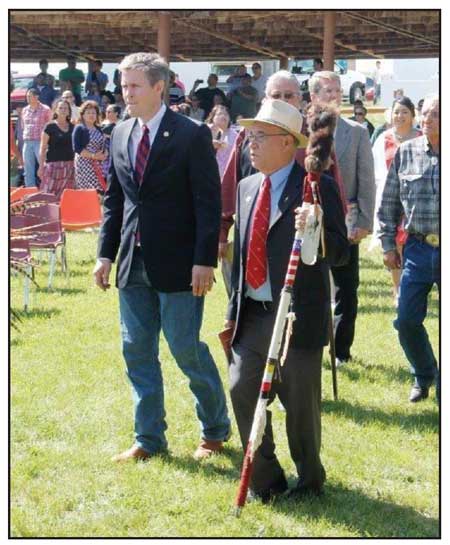 The event is free and open to the public.

Johnson has served as the U.S. Attorney for South Dakota since October 2009. He was chair of the Justice Department’s Native American Issues Subcommittee for four years during which time the Justice Department worked with tribal officials to empower tribal courts, increase law enforcement cooperation, and improve public safety in reservation areas. Johnson has invested a significant amount of time and energy attempting to establish relationships with people living on the reservation and attempting to gain a better understanding of Native American culture.

Prior to becoming the U.S. Attorney for South Dakota, Johnson was a federal law clerk in Rapid City for Chief Judge Karen Schreier and later worked as a deputy state’s attorney in Minnehaha County where he presented cases ranging from attempted murder to narcotics and domestic violence. In addition to his public service, Johnson practiced criminal and civil law as a partner in the law firm now known as Johnson, Heidepriem and Abdallah LLP. He is a fifth-generation South Dakota native and a graduate of the University of South Dakota and the University of Virginia School of Law.

For more information contact Maria Hartung, coordinator of admissions and marketing, at 605-718-4194 or Maria.Hartung@BHSU.edu

Copyright 2014 Rapid City Journal. All rights reserved. This material may not be published, broadcast, rewritten or redistributed.