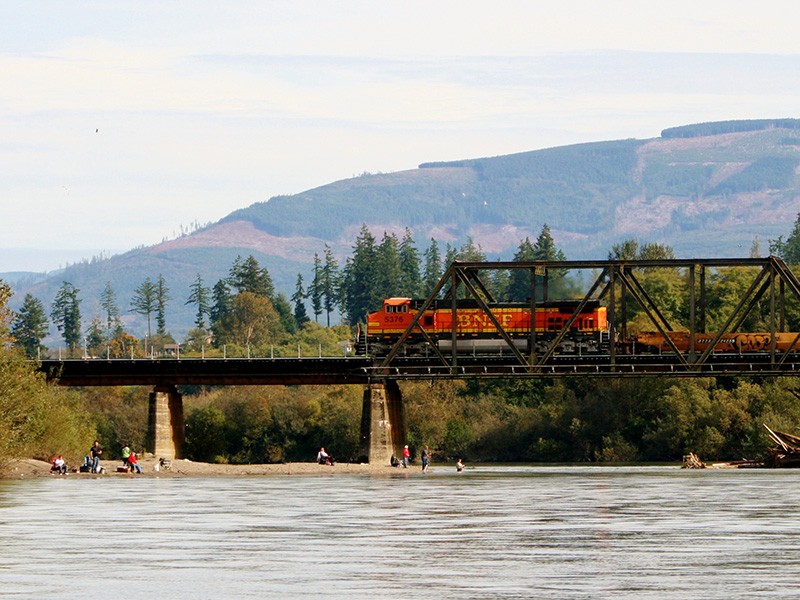 The developer of the proposed Morrow Pacific coal export project, as well as two project supporters, have appealed the state of Oregon’s decision to deny a permit for a dock on the Columbia River.

The state of Wyoming, the Port of Morrow and project developer Ambre Energy have all challenged the state’s permit denial by requesting a contested case hearing before an administrative law judge, according to Julie Curtis, spokeswoman for the Oregon Department of State Lands. The deadline to request a hearing is Monday.

Leaders at the Port of Morrow and the governor of Wyoming have expressed support for the project in the past because of the economic benefits and jobs it would create.

The Morrow Pacific coal export project needs a permit from the Oregon Department of State Lands to build a dock for coal barges on the Columbia River. The project would ship nearly 9 million tons of coal from Wyoming and Montana to Asia. It would transfer coal shipments from trains to barges at the Port of Morrow in Boardman, Oregon, and load the coal onto ships at a dock downriver in Clatskanie, Oregon.

Last month, the state denied the company’s coal dock permit application, saying that the project conflicts with the state’s policy of protecting its water resources and fisheries on the Columbia River.

“The permitting process for a rail-to-barge facility should be project-specific and not influenced by the commodities involved,” he said. “It’s pretty clear the politics of coal overshadowed this process from the beginning.”

In its appeal, Ambre Energy argues that the state did not fairly evaluate the company’s permit application and improperly elevated “special interests” above “long-standing” port industrial uses. It also argues that the state went beyond the scope of review it has done in the past for similar permits.

“DSL exceeded its lawful authority while ignoring its legal obligations,” the company wrote in its appeal. “The decision must be reversed.”

Gary Neal, general manager of the Port of Morrow, said the state’s permit denial could have negative implications for his port that extend beyond the Morrow Pacific project.

“Not only does this permit denial create a road block for the well-designed Morrow Pacific project – it sets new regulatory precedent that has the risk of shutting down future development opportunities at the Port of Morrow,” he said. “We are appealing so that this political decision does not limit economic opportunity in rural Oregon.”

Opponents of the Morrow Pacific project criticized the company’s decision to appeal.

“The State of Oregon and the people of Oregon overwhelmingly rejected coal export because we are choosing a better future,” Brett VandenHeuvel, executive director of Columbia Riverkeeper, said in a news release. “Ambre’s appeal is a last-minute and desperate attempt to just keep hanging on. Coal is too dirty and would degrade our salmon economy.”

The permit denial followed a dispute between Columbia River tribes and project developer Ambre Energy over tribal fishing at the proposed dock site. Members of four Columbia River tribes told the state they fish at the proposed dock site, and asked the state to deny the permit to ensure their treaty fishing rights are upheld. Ambre Energy disputed those claims and argued that the dock wouldn’t interfere with tribal fisheries.

The Morrow Pacific project is one of three coal export proposals in the Northwest. The two others would transfer coal from trains to ships in Longview, Washington, on the Columbia River and near Bellingham, Washington, on Puget Sound.