Underneath the asphalt of a modern highway can be treasures of history. This proved to be the case for workers trying to install a water pipe in Davie, Florida. The workers were apparently working on a historical site, as upon survey, inspection, and some digging of archaeologists, a 2,000-year-old intact human skeleton on Pine Island Road was found.

The bones belonged to a five feet tall woman who might have been a member of the Tequesta native American tribe and estimated to be in her 20s or 30s at the time of her death. The remains did not indicate trauma, leading experts to conclude that she died of a disease.

“It’s unusually well preserved, considering it’s been under a highway with thousands and thousands of cars going over it every day,” said director of the Archaeological and Historical Conservancy Bob Carr. 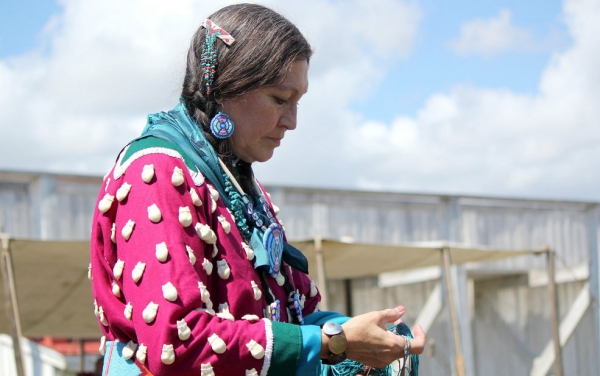 “It was pretty exciting to find. We found the toe, which became a foot. When you find a toe, there’s a good chance there’s something else going on. We had to stop and contact the state,” Franklin said in an interview. “She was almost perfectly intact, which is unusual. Usually when we find graves that are this old, the acidity of the soil can deteriorate the bones, it was unusual given her age.”

Indications that this can be historical site led to a three-week pause of the construction work on Dec. 18, in accordance with Florida laws. The construction resumed last Thursday.

Out of respect to the tribes,, the skeleton cannot be photographed. Scientists cannot also chip a part of it to do carbon dating and accurately check its age. To estimate the age of the skeleton, experts based it on artifacts found earlier in the area.

According to experts, the Tequesta woman was accustomed to the life on the Pine Islands about 2,000 years back. She could have been a skilled weaver and knew how to prepare smoked fish. The woman might have also hunted and fished from her canoe. The area where the remains were discovered were actually surrounded by the Everglades that stretched as far as Fort Lauderdale and Davie.

In the 1980s, three intact skeletons were discovered in the area. The latest archaeological dig is considered as one of the oldest recovered skeletons and among the best preserved ones.