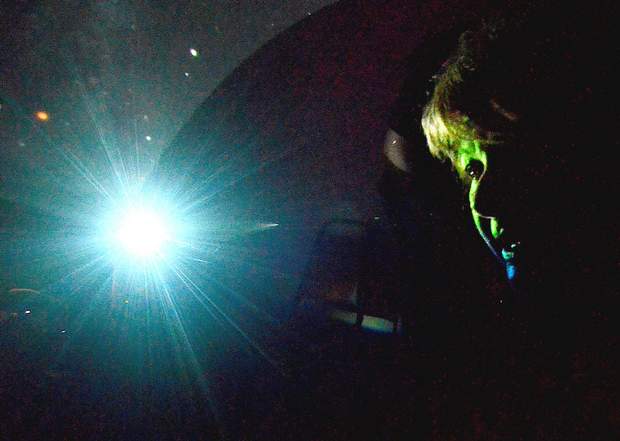 Is it the Big Dipper or a fisher shining in the night sky? 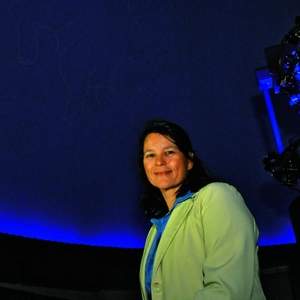 Annette Lee sits in the planetarium with constellations behind her at Cloud State University. (Photo by Stacy Thacker/St. Cloud Times)

According to Native lore, the constellation of stars is a fisher that jumped into the sky while chasing its dinner. A professor in Minnesota is helping tell the story of Native stars and stories.

Ann Wessel of the St. Cloud Times has the story about Annette Lee’s work.Lee, assistant professor of astronomy and physics, explained to a room full of teachers attending a summer conference at St. Cloud State, that in Ojibwe culture the fisher is a clever, fierce and brave animal and a good fighter. It climbed a pine tree and jumped through a hole in the sky to bring back the birds and, therefore, the spring. Fishers are constantly on the move, sleeping for only a few hours before returning to the hunt. Like the fisher, the Big Dipper is constantly on the move in the sky.

On the Dakota star map, the Big Dipper contains the Blue Spirit Woman, who helps newborns pass from the star world to Earth and back again.

Through the Native Starwatchers Project, Lee has introduced audiences in Minnesota and throughout the U.S. to some Dakota and Ojibwe constellations and the stories they carry. Minnesota teachers are tuning in because state science standards require instructors to show how people from other cultures, including the state’s American Indian tribes, have contributed to science.

“I think it’s important for people to understand that although the mainstream science uses European and Greek (constellations), it’s important to know it comes from a certain culture,” Lee said later. “There are many ways of knowing, and that’s just one way.”

Lee said she hoped her efforts would give native people a better sense of their own history — a history that is being lost in a culture where stories were spoken, not written.

“Part of it’s recognizing all different cultures. We all have our connection to the stars, and that’s one of the few things in this day and age that connects us,” Lee said.