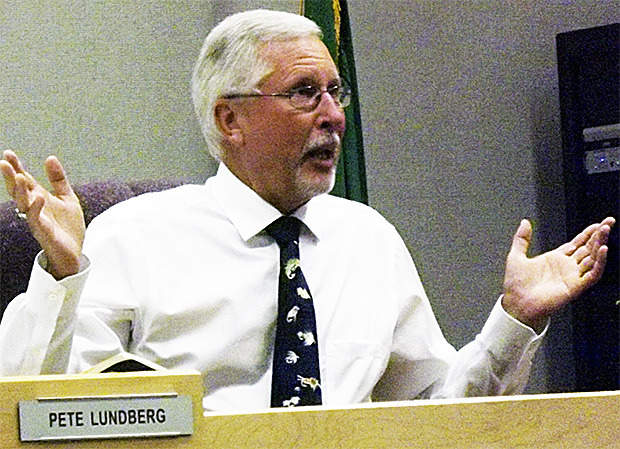 MARYSVILLE – The Marysville School District and its teachers have come to a tentative contract agreement.

The teachers will vote on the proposed contract Wednesday, Aug. 27.

The school board will meet Sept. 2 to ratify the contract, as long as the teachers agree to it. The district and the teachers union have been working for months on the plan.

Meanwhile, at the school board meeting Aug. 18, the board approved a grant application for the district’s Highly Capable Program. Director Todd Christensen explained that new this year is a state requirement to identify highly capable students in kindergarten and first grade.

“We are already gearing up for that,” Christensen said, adding the initial screening will be done by mid-year with services starting after that.

The new law also requires professional development for teachers regarding HiCap and a report to the state school’s chief’s office to make sure “we are truly identifying” highly capable students, Christensen said.

Along with being intelligent, other factors for highly capable students are: creative, potential to perform, work habits, study skills and problem solving, he added.

He also explained that HiCap is not a supplemental program but a part of basic education. He said there are HiCap self-contained classes at Pinewood Elementary in grades 2 through 5, but other schools also have services. In middle schools there are blocks of classes in math, social studies and language arts. In high school there are Advanced Placement, honors, Running Start and more opportunities.

The board also discussed its strategic direction at the meeting, called “Engage, Inspire, Prepare.” The vision is “Engaging our Community, Inspiring our Students, Preparing our Graduates.” Under each strategy is a list of things to be done to make sure the goals are reached.

For example, under Engaging the Community the plan is to foster family involvement, responsibility for each student and nurturing community partnerships. There are then seven goals and activities listed under that, including designing and implementing a Parent Academy, partnering with the Tulalip Tribes and implementing student support teams.

Board member Pete Lundberg said he has seen a lot of visions over the years, but this one is actually workable.

“This has involved spirited debates, and they are not over yet,” he said. “This isn’t something we can do alone. We are trying our darndest to include the community. We’re going to continue to look for ways to engage the community.”

In other school news:

• The Public Utility District gave a check for more than $55,640 to the district as an incentive for reducing kilowatt hours.• Second-grader Claire Hudson of Pinewood Elementary and Logan Galley, a third-grader at Marysville Cooperative Program, took first place in regional competition for bus safety posters and advanced to state.

• Sandra Brock, a librarian at Cedarcrest and Marysville middle schools, will be featured in a national publication called School Library Journal for August. The story is about student-centered libraries and how they break the stereotype of librarians, who are now more open and embrace new technology.

• The district’s Back to School guide will be posted online at www.msvl.k12.wa.us. It includes bus schedules, key dates and more. It also will come in the mail.