By Niki Cleary, Tulalip News
Sumptuous food, locally roasted coffee and custom blended wines are some of the images that spring to mind when you mention the Taste of Tulalip. However, according to Tulalip Resort Casino (TRC) Food and Beverage Director Lisa Severn, the event is so much more than foodie fantasy. It’s a branding campaign, a showcase of local talent and a way to give back.

“We’ve always had a charity component,” she explained. “The team picks a cause that is near and dear to our hearts, the first year we donated to the Hibulb Cultural Center. Because of our chefs, a lot of times it’s a culinary effort. We’ve donated to Fair Start, an organization taking at risk adults and giving them culinary skills. One year it was Food Lifeline.

“We donate to causes that make an impact on us. Many of us know what it feels like to grow up hungry. Some years,” Severn continued, “it’s based on what’s happening to us personally. We donated to Make-A-Wish one year. That year we had a team member on the property who had a son with cancer.”

Although the event has always included a charitable donation, this year it is actually a ‘benefit’ event. The beneficiary, the Tulalip Foundation, is a 501c3 organization separate from the Tulalip Tribes. The Foundation’s mission is, “dedicated to empowering the wellbeing of the Tulalip Reservation and surrounding community, by helping meet its cultural, scientific, benevolent, and educational needs through charitable fundraising and dispersal of funds.

“Whereas before there was a small donation towards an organization on the TRC’s behalf, this year it’s actually the Tulalip Foundation’s event and we are running it for them,” Severn clarified.

As always the Sixth Annual Taste of Tulalip will include a range of culinary artists, including Tulalip’s own expert chefs who look forward to the opportunity share their skills with an appreciative audience.

Severn pointed out that the event also gives big names in the food and wine industry an opportunity to see for themselves what makes the TRC so unique and why it deserves its four diamond status.

“This gives our chefs an outlet to represent not only their restaurant, but their creativity,” she said. “We talk about food, wine and tradition, this is about partnership and showcasing our quality of chefs and still holding true to who we are as Tulalip by incorporating tribal art with our traditions of giving.

“This year we’ve partnered with guest Chef Ming Tsai,” said Severn. “He’s an incredible Asian chef with an amazing personality. Dillanos Coffee Roasters, they roast our Killer Coffee, makes a special blend for the event every year. Then we have Anthony Giglio, he’s a wine professional with Food and Wine Magazine, we’ve partnered with them in the past and they’ve provided us with these national talents. Q13 Fox has provided Bill Wixey and Kaci Aitchison to host and emcee the dinner.”

“Taste of Tulalip started because most casinos don’t have a good reputation,” she explained. “We needed to get it out there that we have talented chefs. Their talent and creativity can hold up to the best chefs in Seattle. Then we thought, let’s spread our wings and be the best in the northwest. Now, we’re not just representing Tulalip with this event, we’re representing Washington as a whole and Indian gaming as a whole.”

The event showpiece is always a custom vintage in an etched glass bottle featuring one of a kind Tulalip artwork.

“We partner with a Washington winery to create a unique blend,” said Severn. “We choose a winery that’s been a good partner and is known for their quality. This year it’s Sean Boyd of Woodinville Wine Cellars.

“Each year we have a Tulalip artist create the art, this year it’s Joe Gobin,” she continued. “We’ve taken his art and incorporated it into the event. It’s going to be on the bottle, on the chargers and the wine charms. In the past we’ve had designs by Jason Gobin, Joe Gobin and James Madison.”

Severn emphasized that although wine is featured, the event is not just a wine event.

“This is a balance, it’s about the entire experience,” she said. “It’s huge for the food community of Washington, but our gamers also love the event. It brings them here, they enjoy the seminars and the entertainment factor, and they get a game or two while they’re here.”

To keep it exciting and fun, chefs will again be challenged to create delectable fare from mystery ingredients.

“During the grand taste we have the Rock and Roll Challenge,” Severn described the challenge. “Our Executive Chef Perry [Mascitti] has gathered up a box of food, the chefs won’t know what is in it and they have an hour to create something.”

The Sixth Annual Taste of Tulalip begins Friday, November 14th with a celebration dinner. Saturday, November 15th, all access pass attendees will be treated to cooking demonstrations and wine seminars as well as the Grand Taste. For more information about the Taste of Tulalip or to purchase tickets go to www.tasteoftulalip.com. 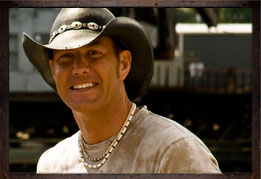 “All the proceeds go to the food bank, and we are trying to get something together to help seniors and widows get small car repairs as well,” said Robin Taylor, who started the event three years ago.

“I’ve always liked hot rods and cars, ever since I was a little kid. I thought that the grounds of the church had a nice property for a car show, and that it would be a good way to connect with the community in Marysville.”

The car show will host a silent auction and give trophies to winners of four different categories.

“We will also have a cash drawing done by car registration number for one $500 prize and 10 $100 prizes,” said Taylor. “It gives people the chance to win something just for bringing a car even if it’s not the best car in the lot.”

Visitors can fill up at the Famous Dave’s barbecue truck on burgers and hot dogs, all the proceeds of which will also be donated to the food bank. The car show’s first year saw 35 vehicles, a number which doubled the following year. Taylor is hoping for more than 100 cars this year, and $2,500 in donations.