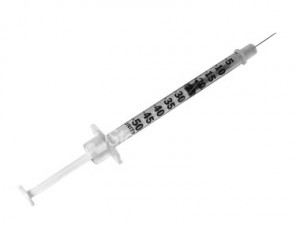 Heroin users who inject the drug have been showing up at Harborview with Clostridium botulinum wound infections, better known as botulism.

In an alert from the Snohomish County Health District, local health officials were notified that Harborview Medical Center is seeing more heroin users coming in with Clostridium botulinum wound infections. Their conclusion? Likely an infected batch of heroin is being sold in this area. While many community members may not recognize the bacterium, they’ll probably recognize it’s affects, widely known as botulism.

“Normally we see this [botulism] in preserved foods,” said Bryan Cooper, ARNP Family Practice Provider at Tulalip’s Karen I Fryberg Health Clinic. “Tar heroin comes from a plant, it’s sap from the poppy, so basically the sugars there provide food for this particular bacteria. We talk about pasteurizing food, we kind of flash heat them to kill the bacteria, but they [drug dealers] don’t do that with heroin, because they don’t care.”

In any case, killing the bacteria with heat won’t solve the problem.

Cooper continued, “When users heat heroin to melt it and inject it, they kill the bacteria. But it’s not the bacteria that cause the symptoms. The bacteria produce a neurotoxin as a waste product, so even though the bacteria is dead, the neurotoxin is still there. The neurotoxin causes the double vision, slurred speech and other symptoms.”

The neurotoxin causes paralysis. When the paralysis affects the heart or lungs, the affected person dies.

“The treatment is to get an anti-toxin as soon as possible,” said Cooper. “Here’s the thing, if the onset is rapid, if it’s a high dose or you are susceptible to it, it can progress so fast that you don’t have signs and symptoms. When it goes to your respiratory system, it’s all over.”

“People who have been around a heroin user will notice that they ar acting differently.” Cooper described the effects, “You don’t necessarily get slurred speech with heroin. Here, we’ll actually see drooping eyelids while the user is awake. There will be difficulty swallowing, and even when they’re not high, these symptoms won’t go away.

“It can progress to death pretty quickly depending on the dose,” Cooper warned. “If you experience any of these symptoms, you need to neutralize the toxin as soon as possible. If we saw someone here with a confirmed case, we would send them to the emergency room and call the Snohomish County Health District so they could get the anti-toxin there right away.

“You can liken it to a snakebite,” Cooper said. A rattlesnake bite might be a low enough dose that you’ll live through it, but it’s not worth the risk of waiting. The sooner you receive the anti-venom, or in this case, the anti-toxin, the less damage it will cause.

“Recovery from botulism can last for months,” Cooper explained. “You want to administer the anti-toxin as early as possible to reduce the severity. Even though you’ve given the anti-toxin, the damage is already done. Your body has to recover from that damage.”

Injection is the likeliest way to contract botulism from heroin, but even smoking heroin doesn’t guarantee that you won’t be exposed to the disease.

“Bad teeth, bleeding gums, these can all be entry ways for botulism toxin,” described Cooper. “According to the World Health Organization (WHO), inhalation botulism is similar to foodborne botulism, but symptoms become noticeable from one to three days after exposure. It’s possible that smoking contaminated heroin could cause a user’s clothing to be contaminated. The contaminated clothing could then expose others to the toxin. The WHO’s recommendation is for the patient to shower and their clothing to be stored in plastic until it can be decontaminated by washing in soap and water”

Although, he acknowledges that heavy drug users may not notice if they are affected, Cooper explained that community members and other users can save a life by looking for these symptoms.

“There are some of us who give people rides,” said Tulalip citizen Willa McLean, “so, awareness is crucial. In case we see something on the individual, we’ll know what to do.”

Cooper pointed out that this won’t affect all needle users, for example, if you have diabetes and inject insulin, you are safe because the legal product you receive goes through numerous safeguards to ensure that it’s free from contaminants. Likewise, you can’t catch botulism the way you can catch the common cold.

“Botulism is a toxin given off by bacteria, so when the user injects contaminated heroin and therefore the toxin, they are essentially poisoned. If the needle is shared, there’s a risk that there may be a small amount of toxin in the needle or syringe. It’s not a pathogen, therefore not blood borne, airborne or contagious.”

For more information about botulism check on-line at http://www.cdc.gov/nczved/divisions/dfbmd/diseases/botulism/professional.html.