At 30,000 members strong nationwide, Alaska’s largest Native American tribe has taken direct aim at FedEx in the hope that the shipping giant’s financial clout might persuade the Washington football team to change its racially-charged nickname once and for all.

Central Council of Tlingit and Haida Indian Tribes of Alaska says it will boycott all FedEx services so long as the company continues to sponsor the Redskins. In doing so, the tribe, one of the nation’s largest, believes its strength in numbers could be enough to hit the NFL franchise where it hurts — its wallet.

FedEx owns the naming rights to the team’s stadium and is one of its top sponsors.

“This isn’t anti-FedEx. We are exercising our strength financially,” tribal president Richard Peterson said, via the Juneau Empire. “If you actively support entities, in this case specifically a sports franchise that has a mascot and name derogatory to our people, we’re going to spend our dollars elsewhere — that’s us voting with our dollars.”

The Redskins nickname is considered by many to be derogatory toward indigenous peoples. By definition, the Merriam-Webster dictionary recognizes the term as “very offensive and should be avoided.”

But team owner Daniel Snyder insists the moniker is intended to honor Native Americans and has refused to accommodate demands to change it, despite intense public and political pushback.

So far, the team’s biggest sponsors have remained mostly silent on the matter. But that’s what the CCTHITA intends to change with the support of joint organizations like the National Congress of American Indians and the Native American Rights Fund.

“We have a longstanding relationship with Washington Football Inc. (the Redskins’ parent company),” FedEx president Fred Smith, a member of the Redskins ownership group, told CNBC in June 2014 — the last time the company has made a public comment regading its relationship with the franchise.

“The Redskins play at FedEx Field. But there are many, many other events there: the Rolling Stones, Notre Dame, and Army and Navy football, Kenny Chesney. That’s our sponsorship, and we really don’t have any dog in this issue from the standpoint of FedEx.”

Peterson said the boycott will remain in effect until FedEx pulls its sponsorship or the Redskins remove a name he says perpetuates racial stereotypes.

“It’s like anybody else using the N-word,” Peterson said. “It’s like calling our women squaws. It may have been popular … with colonial, backwards-minded people back in the day, but I don’t think it’s appropriate and we need to be a voice and a champion.

“Hopefully they’re going to say, ‘You know what, we’re not going to wave our confederate flag or these old symbols of racism.'” 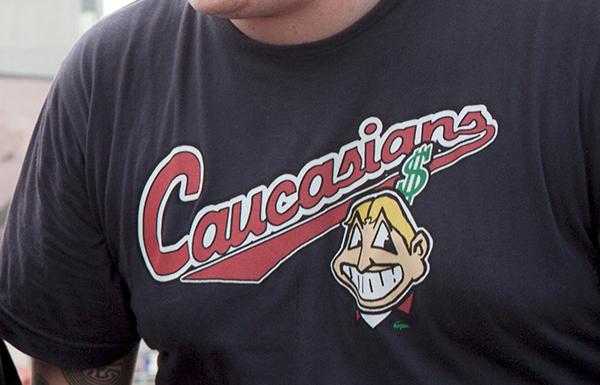 Ian Campeau, better known as Deejay NDN of A Tribe Called Red, is an outspoken cultural critic, both as official mouthpiece of the DJ trio and a twitter provocateur. Campeau was instrumental in getting the Nepean Redskins football club to change its name (they’re now the Nepean Eagles), and sports mascots is one of his favorite topics to discuss.

It has to be a sign that you’re being heard when an irony-impaired curmudgeon calls for a boycott.

In a recent Instagram post, Campeau shared a note apparently written to the organizers of Westfest, a music and arts festival taking place June 13-15 in Ottawa’s Westboro Village. A Tribe Called Red is scheduled to play the final concert Sunday night.

“So we’re supposed to play Westfest next Sunday,” Campeau wrote. “The organizers have been receiving thinly-veiled threatening emails in protest to me performing. Here’s one of them. This is my hometown. So disappointing.”

Here’s the image of the letter, in which a critic complains, anonymously that the group is “divisive” and that Campeau is a “racist hypocrite” who wears a “racist t-shirt”:

A letter calling for a boycott of Westfest over A Tribe Called Red’s “racism.”

We’ve seen Campeau in a few different ironic t-shirts over the years, but the one that this individual is referring to is likely the “Caucasians” design (sold by Shelf Life Clothing), featuring a white version of the Cleveland Indians’ controversial Chief Wahoo mascot. Campeau wears the shirt in some frequently-used publicity photos: 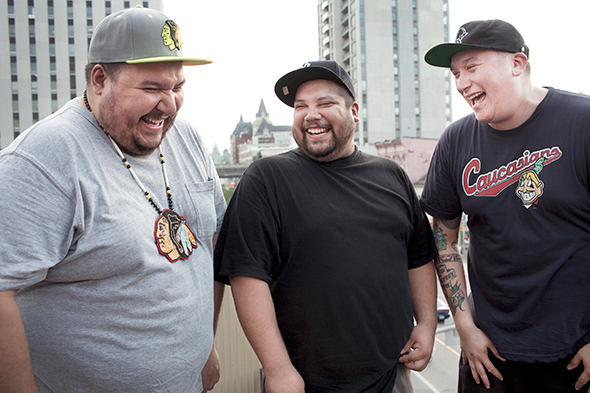 On May 24, millions of people from around the world participated in the March Against Monsanto, calling for the permanent boycott of genetically engineered foods and other harmful agro-chemicals.

On May 24, millions of people from around the world participated in the March Against Monsanto, calling for the permanent boycott of genetically engineered foods and other harmful agro-chemicals. Marches occurred on six continents, in 52 countries, with events in more than 400 cities, including 47 U.S. states.

Daniel Bissonnette, a very articulate 9-year-old, mesmerized listeners in this must-see video at a Vancouver, Canada, March Against Monsanto event, asking key questions on why children—the most vulnerable age group to ravages of genetically modified organisms (GMOs) and pesticide—are subjected to the worst food possible.

“Monsanto’s predatory business and corporate agricultural practices threatens their generation’s health, fertility and longevity,” said Tami Monroe Canal, founder of March Against Monsanto (MAM) who was inspired to start the movement to protect her two daughters. “MAM supports a sustainable food production system. We must act now to stop GMOs and harmful pesticides.”

GMOs have been partially banned by Austria, Bulgaria, Germany, Greece, Hungary, Ireland, Japan, Luxembourg, Madeira, New Zealand, Peru, South America, Russia, France, Switzerland and Costa Rico, and are currently labelled in 62 countries. In India, more than 250,000 farmers have committed suicide after Monsanto’s Bt cotton seeds did not perform as promised. Farmers, left in desperate poverty, are opting to free their families of debt by drinking Monsanto pesticide, thereby ending their lives. Many farmers in other countries are also stripped of their livelihood as a result of false promises, seed patenting and meticulous legal action on the part of Monsanto and other big-ag interests. In many parts of Africa, farmers are left to choose between starving or eating GMOs.

“If we fail to realize that March Against Monsanto is not about GMOs alone, then we have already lost the battle,” said Kelly L. Derricks, founder of March Against Monsanto’s Agent Orange awareness program, which educates supporters on this deadly chemical weapon that Monsanto was the largest manufacturer of during the Vietnam War era.

An Open Letter from World Scientists to All Governments Concerning Genetically Modified Organisms is signed by 828 scientists from 84 countries and details concerns regarding GMOs coupled with a call for an immediate 5-year suspension of GMO crops in order to conduct “a comprehensive public enquiry of agriculture and food security for all.”