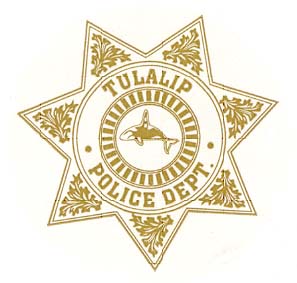 On 08-06-2012 at approximately 4:00 AM, the Tulalip Liquor Store at 8825 Quil Ceda Blvd was burglarized.  Suspects entered the store by breaking a rear window. Surveillance Video shows that two male suspects were involved. Once inside the store cash was taken from the safe. The suspect vehicle was parked on the south bound I-5 off ramp at 88th Street.

A black ski type mask and a pair of black gloves were left behind at the scene. Those items have been collected and sent to the crime lab for forensic processing.

The Tulalip Police Department is offering a $1000 reward for any information resulting in the successful arrest and prosecution of the persons responsible for this crime. As always, you can remain anonymous.