NIAGARA FALLS, N.Y. (WIVB) – Casino cash is flowing once again into Western New York now that the financial standoff between New York State and the Seneca Nation has ended.

On Wednesday, the Senecas delivered a check for more than $300 million, putting those disagreements in the past. Niagara Falls Mayor Paul Dyster says without this money there would have been big budget problems by November. And Governor Andrew Cuomo says he’s unsure how the city even managed to make ends meet.
“The Seneca agreement is one of the best pieces of news we’ve received in a very, very long time,” Mayor Dyster said.

Governor Cuomo added, “I think it’s a new day today in Niagara Falls. I think it’s been a new day for Western New York and I think today is just emblematic of that.”
The $89 million given to Niagara Falls is part of a larger pot of $349 million presented to the state. The money was withheld after years of back and forth over exclusivity rights and the establishment of “racinos.”

The City of Buffalo also received $15.5 million and $34.5 million was given to Salamanca. But of all the host cities, Niagara Falls was impacted the most.
“Tens of millions of dollars that we had budgeted for our schools, our roads, our infrastructure were held back because the state and the Senecas couldn’t reach common ground. It was a very difficult time, but somehow we got through it,” Mayor Dyster said.

The governor says all the money due to New York State by the Seneca Nation been paid, both past and present, and they’ll continue to make regular payments.

The $89 million check given to Mayor Dyster will be on display in City Hall. 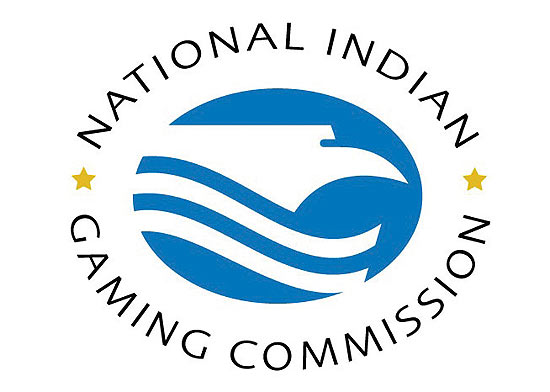 Revenues from gambling at Native American gaming centers across the nation hit a new record in 2012, bringing in nearly $28 billion dollars, a 2.7 percent increase over 2011.

The two fastest growing regions in the country were in Oklahoma. The Tulsa Region, which includes parts of Kansas and eastern Oklahoma, had the greatest revenue growth, increasing 6.6 percent.

The Oklahoma City Region, including Texas and the western parts of Oklahoma, were in second place with gambling revenue growing 5.8 percent in 2012 as compared to the year before.

The annual report from the National Indian Gaming Commission shows those two areas outpaced all others in the country in 2012. The Tulsa area showed gross gaming revenue of $1.9 billion. The Oklahoma City Region came in at $1.8 billion.

“In 2012, the Indian gaming industry saw its largest gross gaming revenues ever,” Tracie Stevens, chairwoman of the commission, said. “For those who judge casino spending as an indicator of increased discretionary spending and economic recovery, 2012 revenues certainly display economic encouragement.” 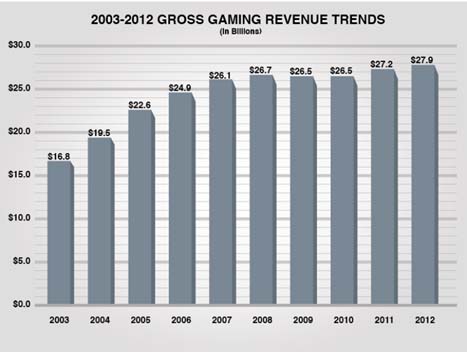 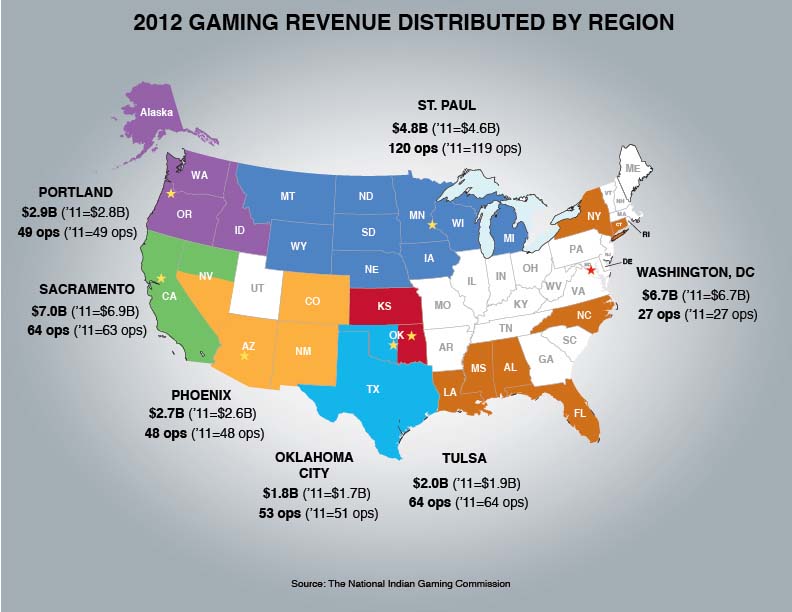 The Tulsa and Oklahoma City regions top the nation in the growth of Native American gambling revenues in 2012.
Credit National Indian Gaming Commission