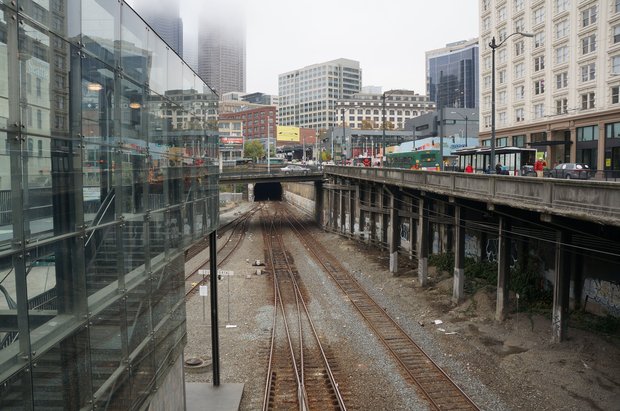 The Quinault Indian Business Committee has passed a resolution opposing proposals to export coal from the Pacific Northwest. The resolution, passed Monday, specifically addresses a proposal to transport coal by rail from the Powder River Basin in Wyoming through Washington State for export from Cherry Point in Anacortes. There are other locations in Washington and British Columbia under consideration, including Longview, said Fawn Sharp, President of the Quinault Indian Nation.

“This resolution is a strong statement by the Quinault Nation and demonstrates its commitment to protect and promote the health, safety and general welfare of our people,” said Sharp, who is also President of the Affiliated Tribes of Northwest Indians. “We have determined that the coal trains are detrimental to the health of our people and to the natural resources of our region, and thus in violation of our treaty-protected rights,” she said.

“We have serious concerns about the long-term effects of pollution caused by burning coal from Asian countries, many of which lack the pollution standards we are used to within the United States. Emissions from coal-fired plants have the potential to further threaten our oceans and fisheries, already severely impacted by the acidification of the water, added Sharp.

The Quinault Indian Nation is signatory to the Treaty with the Quinault of 1855. It, along with other Northwest treaties, has been repeatedly reaffirmed by the federal government, including the U.S. Supreme Court, and is thus legally classified as the “supreme law of the land” under Article VI of the U.S. Constitution.

“Coal dust and diesel particulates will find their way into our air and waterways as these trains pass along and over our rivers, doing damage to natural resources upon which the Nation depends,” said Sharp. “The United States Environmental Protection Agency, Tribal governments, and  environmental organizations have voiced concerns over the threat to human health these proposals bring because of the adverse health effects of coal dust and diesel pollution, including  bronchitis, emphysema, lung damage, asthma, and cancer. Our elders and our children are particularly vulnerable because of sensitivity to the health effects of fine particles,” she said.

“The Quinault Nation’s treaty fishing right includes a right of access to its traditional fishing, hunting, and gathering sites that will be impacted by increased vessel and rail traffic.

In the Resolution, the Quinault Business Committee expresses its solidarity and support for the “no” position  regarding the Gateway Pacific Terminal proposal adopted by the  Lummi Indian Business Council, based on documented disturbance of sacred burial grounds and proposed fill of that area for the purpose of containing over a hundred acres of coal piles.

The Resolution also endorses the words of Billy Frank, Jr., Nisqually tribal elder and longtime chairman of the Northwest Indian Fisheries Commission that, “We are at a legal and biological crossroads in our efforts to recover the salmon and preserve our tribal cultures, subsistence, spirituality, and economies. Not since the darkest days of the fishing rights struggle have we feared so deeply for the future of our treaty rights.” Quinault Nation, one of 20 member tribes of the Northwest Indian Fisheries Commission, is signatory to “Treaty Rights at Risk” submitted to the federal government by that Commission. Among other things, that report states that coal export proposals will, in fact, further endanger Treaty Rights.

LUMMI INDIAN RESERVATION, BELLINGHAM, Wash.—Building the proposed Gateway Pacific export terminal and rail spur at Cherry Point would “have a substantial impairment on the Lummi treaty fishing right,” the Lummi Nation said in a formal opposition letter sent this week to the U.S. Army Corps of Engineers.

Opposition by the tribe could imperil the terminal and rail spur.

“It will make us reassess the direction we are going,” Muffy Walker, the Corps’ district regulatory branch chief was quoted as saying by The Bellingham Herald. The Corps of Engineers has authority to grant permits necessary to build the terminal. “We have denied permits in the past, based on tribal concerns,” Walker was quoted as saying.

In the letter, Lummi Indian Business Council Chair Tim Ballew writes, “Any impact on the Lummi treaty fishing right is inherently an impact on the Lummi way of life…. We believe that the Corps should see that these projects would without question result in significant and unavoidable impacts and damage to our treaty rights.

Lummi Indians maintain the largest Native fishing fleet in the United States, and Lummi fishers have worked in the XweChiexen (Cherry Point) fishery for thousands of years.

If constructed, the Gateway Pacfic export terminal would be the largest coal terminal on the West Coast of North America. It would significantly degrade an already fragile and vulnerable crab, herring and salmon fishery, dealing a devastating blow to the economy of the fisher community.

“It is imperative that the Corps carry out its trust responsibilities as they relate to the Lummi Nation and the treaty rights to fish, gather and hunt in the usual and accustomed places,” Ballew wrote.

The complete text of the letter follows.

The Lummi Nation has unconditional and unequivocal opposition to the proposed Gateway Pacific Terminal (Ref. No. NWS-2008-260) and the inter-related Custer Spur Rail Expansion project (Ref. No. NWS-2011-325) projects at Cherry Point.  As described in our resolution 2012-060 and in our previous letters dated October 17, 2011 and January 21, 2013 (attached), the Lummi Nation has a number of significant objections to the proposed projects.

In developing the Lummi Nation’s position on the projects, the Nation heeded the following principles: