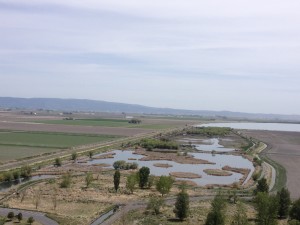 By: City of Sequim

The Jamestown S’Klallam Tribe and the City of Sequim are pleased to announce their partnership to connect the Tribal government facilities and businesses in Blyn to the City of Sequim Wastewater Treatment Plant.The project has been under consideration by the Tribe since 2005, when Clallam County Commissioners first approved extension of sewer lines both east and west of the City.

In 2010, the City’s Wastewater and Reclamation facility was expanded to make such extensions possible, and the City Council expressed its goal of becoming a regional service provider and fostering partnerships within the city and the county.

Sequim City Manager Steve Burkett said “We are very excited about this new opportunity to work in partnership with the Jamestown S’Klallam Tribe and utilize the capacity of our Wastewater Treatment Plant to provide service to the region. This agreement will benefit members of the Tribe, City residents, and have a positive impact on the environment.”

In 2011, the Tribe undertook a long-term comprehensive study, its Utility Master Plan, to determine whether to replace Tribal septic systems with an on-site wastewater facility, or to connect to Sequim’s existing utility.

“In the short and long run,” said Tribal COO Annette Nesse, “this plan is more cost-effective and better for the environment. Connecting to the sewer system allows the Tribe to move waste disposal away from the Sequim Bay ecosystem and its precious resources.”

Pumping wastewater away from Sequim Bay to a state-of-the-art facility furthers the Tribe’s support of the Clean Water District and reduction of harmful nutrients to marine waters. In 2006, the Tribe completed the restoration of Jimmycomelately and Dean Creeks in Blyn, to recreate the habitat that has since fostered recovery of the summer chum salmon population. In addition, the Tribe has worked tirelessly to restore the south Sequim Bay habitat to a productive marine environment for natural and farmed shellfish production. All of these efforts, as well as the decision to connect to the Sequim Wastewater facility, are part of the Tribe’s comprehensive plan goal of preserving and protecting treaty rights. This Tribal goal translates to the shared benefit of environmental protection for the entire Clallam County community.

The project – installation of approximately 6.5 miles of pipe – is estimated to cost $8.3 million ($2.3 million less than the projected cost of building an on-site wastewater system), which will be paid for by the Tribe.

The expansion extends outside the city limits, beyond the bounds of the Urban Growth Area onto Tribal reservation lands. The Growth Management Act prohibits any connections to the system along the route. Other properties between Sequim and the Tribal properties will not be allowed to join in.

Although the agreement is between the Tribe and the City of Sequim, Clallam County is involved, and has offered its support.

“This seems like a well-considered decision. In my opinion regionalization of Sequim’s wastewater facilities will have long term benefits for all jurisdictions,” said Bob Martin, Administrative Director of Clallam County Public Works.

The next steps include convening internal Tribal meetings with engineering firm Parametrix to pin down more details of the “Sequim Connection,” and then meet with the City staff to draft a formal agreement before construction begins. 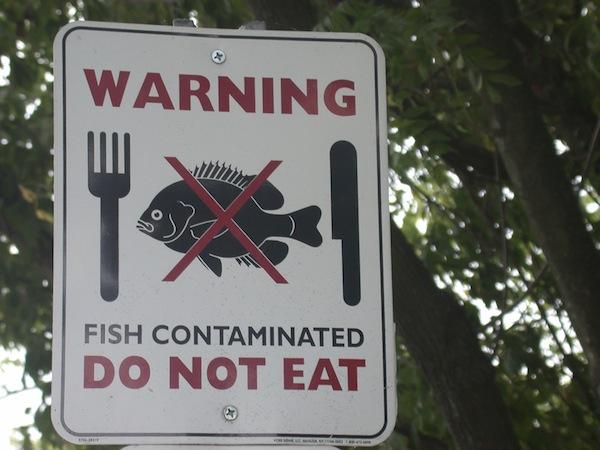 The U.S. Environmental Protection Agency (EPA) has told the State of Washington it intends to step in to develop a federal plan for the state’s human health water quality criteria as the state did not finalize a plan by year’s end, a deadline EPA gave the state last April.

The EPA’s rulemaking process, in part tied to the human fish consumption rate, will overlap the state’s potential timeline but preserves the EPA’s ability to propose a rule in case the state does not act in a timely manner, EPA regional administrator Dennis McLerran wrote to Department of Ecology head Maia Bellon on December 18.

Under the federal Clean Water Act, the state must adopt standards that ensure rivers and major bodies of water are clean enough to support fish that are safe for humans to eat. Washington’s current standard assumes people eat just 6.5 grams of fish a day, or about one filet a month.

Tribal leaders with the Northwest Indian Fisheries Commission, which represents 20 western Washington tribes, met with the EPA’s McLerran in September seeking to step in and set new water-quality rules for the state, after sending Washington Gov. Jay Inslee a letter expressing dissatisfaction with his proposed draft rule change last July.

Inslee’s draft rule would raise the fish consumption rate to 175 grams a day to protect people who eat one serving of fish per day, a figure that tribal leaders accept. But it has taken the state two years to work out the new draft rule in a political push-pull between business interests and human health advocates, which have each missed their own deadlines in the process.

Tribal leaders say they are also “deeply concerned” about a proposal privately advanced by Inslee that would allow a tenfold increase in allowable cancer risk under the law. The EPA letter asks Washington to explain why a change in the state’s long-standing cancer risk protection level is necessary.

The state’s draft rule is now expected in January, but since the EPA believes it can complete a proposed federal rule by August 2015, the state is looking at a limited time period in which to finalize its rulemaking process.

If not, the EPA is prepared to move forward with rulemaking that McLerran wrote considers the best science, and includes an assessment of downstream water protection, environmental justice, federal trust responsibility, and tribal treaty rights.

EVERETT, Wash. — An alliance of Washington tribes says it will ask the U.S. Environmental Protection Agency to step in and come up with new water-quality rules for the state.

The Northwest Indian Fisheries Commission sent Gov. Jay Inslee a letter on Thursday expressing “dissatisfaction” with his proposal for updating the state’s clean water rules that are partly tied to how much fish people eat.

The Herald reports that the tribes say the proposal won’t do enough to protect tribal members. They’re also concerned about another delay.

Inslee’s plan would increase the fish consumption rate to 175 grams a day, but the tribes say that improvement is offset by other less protective changes.

An Inslee spokesman said Saturday that the governor’s office and the Department of Ecology hope to discuss Inslee’s proposal with the group.