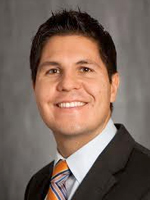 The U.S. Department of the Interior’s Indian Land Buy Back Program has been lauded as the “hallmark” of the $3.4 billion Cobell v. Salazar settlement. As the Buy Back Program now lifts off in hurried fashion at Makah and Pine Ridge, the program dishonors both the letter and spirit of Cobell.

Cobell settled more than 500,000 tribal members’ trust land and asset mismanagement claims, dating back to the 1890s. Not tribal government claims; tribal member claims. Now, copy.9 billion in tribal member settlement monies has been allocated to help tribes “buy back” those members’ allotted or restricted fee lands. In practice, these “buy backs” are accomplished through the forced sale of tribal members’ ancestral lands. Injustice to individual Cobell class members aside, assuming that financially supporting a tribe will benefit that tribe’s members, one would hope that the buy-back wealth would be spread throughout Indian Country. After all, those 500,000 members of the Cobell class surely represent the vast majority of the 566 federally recognized tribes.

But it has recently come to light that Interior has limited the lion’s share of the copy.9 billion in buy back funding to only 40 tribes. Interior’s outside appraisers recently let it slip that “the program will exclude reservations east of the Mississippi and in Alaska.” Interior was quick to retract that statement, but the genie was already out of the bottle. If that were not bad enough, other swaths of Indian Country with large Indian populations west of the Mississippi, like all of California Indian country (save the Washoe Tribe, which is headquartered in Nevada), are excluded from the program.

Cobell, for better or worse, was fought for all of Indian Country, not just 40 tribes. For the sake of the 500,000-plus Cobell class members whose land and related claims were extinguished for eternity, tribal communities west of the Mississippi, in Alaska and California, and elsewhere, all deserve to share in the Buy Back wealth.

The fact is that the Buy Back Program and its goal to consolidate fractionated Indian lands have little to do with what is right or fair. The program is not really about affording “benefits of those lands for the tribes and their members” as Interior Deputy Secretary David Hayes once professed; or “expand[ing] tribal economic development opportunities across Indian Country” as Assistant Secretary Kevin Washburn said more recently. The program is designed to serve the best interests of the United States; to resolve “enormous administrative difficulties for the government” – and related liability – caused by fractionation.  Cobell v. Salazar, 573 F.3d 808 (D.C. Cir. 2009). To feign otherwise is dishonest.

As to the letter of the law that is Cobell, the Buy Back Program fares no better. In 2004, the U.S. District Court for the District Court of Columbia in Cobell v. Norton, affirmed that “Interior may acquire land from individual Indian owners to consolidate fractional ownership interests and thereby ‘lessen the number of owners.’” 225 F.R.D. 41 (D.D.C. 2004). However, the court went on to hold that the United States’ trust-fiduciary responsibility requires that the “individual Indian owner of trust lands . . . give truly informed consent to the sale of trust corpus” before any sale is approved by Interior.

The Cobell court made clear that any such sale requires clear “communication between individual Indian trust-land owners and agents of Interior” and that “trust beneficiaries ought not have to make the decision to sell trust assets without access to all the relevant information,” including answers to any questions or concerns they may have. More generally, legal scholar Derek Haskew explains that the United States’ fiduciary duties to tribal member landowners includes consultation, which “can roughly be understood as communication by Indian beneficiaries of their desires to the federal trustees who make ultimate determinations about what happens with the lands Indians occupy.” 24 AM. IND. L. REV. 21 (2000).

Because the Cobell court found such consultation, communication and information wanting, it felt compelled, as a matter of law, “to guarantee that Interior adheres to its fiduciary duties, and to ensure that trust beneficiaries receive the full value of conscientious behavior by their Trustee.”

Yet, despite Cobell’s clear instruction, Interior now embarks on a hastily developed “plan” to cause the sale of individually owned Indian lands. “Mass appraisal valuation techniques” will be utilized, amidst “categorical exclusion” from any federal environmental review. Federal regulations that require Indian land sales to occur by “auction or negotiation” are not being brought to light. Cobell v. Norton, supra. Pivotally, “offer packages” will be mass mailed to individual Indian owners with, among other things, a cover letter, conveyance deed and related sale instructions, as well as “self-addressed return envelope, postage prepaid, if the individual chooses to return…the signed and notarized Deed.” In not so many words: “sign here.”

Mass mailings do not effectively facilitate “communication by Indian beneficiaries of their desires to the federal trustees.” Offer packages with self-addressed return envelopes do not afford a landowner “all the relevant information” to make any informed decision. These one-size-fits-all sale mechanisms do not “ensure that trust beneficiaries receive the full value of conscientious behavior by their Trustee.” In all, the buy back process is simply not designed to obtain “truly informed consent” from tribal member landowners. It is designed to serve federal interests – and it dishonors Cobell.