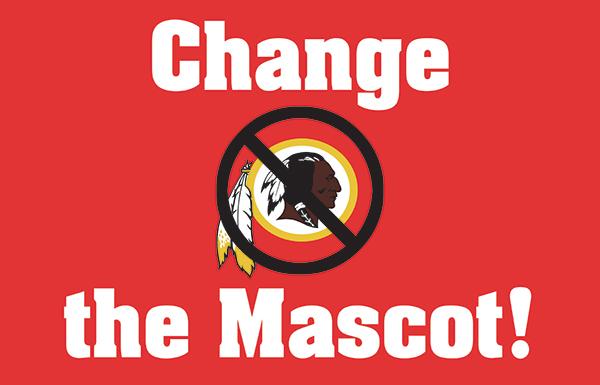 After a series of missteps during the NFL season, the Washington Redskins’ press office is continuing its recent tradition of incompetence here in the offseason with “Community Voices,” a series of articles that quote fans who do not object to the team’s name, which is defined in most dictionaries as a racial slur.

“My grandfather was three fourths Cherokee,” reads one testimonial, provided by Penny Pitre of Round Rock, Texas. “I am not offended. I have been a Redskin fan since I was a child. Keep up the good fight, tradition and honor.”

The “Community Voices” material fits the general idea that the Redskins press office has been pushing for months — that scattered personal statements of support from people claiming to be Indians are proof that the name is not offensive.

On the other side of the ball are eminent leaders, civil rights organizations, Tribal groups, and politicians (including President Obama) who have said that the name needs to go.

In previous attempts to push back on the broad support for a name change, the Redskins press office has:

—Publicized a fabricated a story about the Redskins logo being designed by Pine Ridge residents.

—Published supportive comments by a “full-blooded Inuit chief” who turned out to be neither full-blooded nor a chief.

—Repeatedly cited a 2004 Annenberg poll that has been criticized as flawed.

—Issued a December press release —a precursor to “Community Voices”—that contained brief statements supportive of the name from two ostensibly representative Native fans. One of the individuas picked, it was revealed, had a history of mental health issues, and had previously been a prostitute and a crack addict, prompting one ICTMN reader to ask “This is the person they use to represent Natives in their press release…?” The other person quoted in that December press release identified herself as a member of the “Iroquois tribe,” a suspicious designation given that Iroquois is the name of a confederacy of six nations — in our experience, a Native usually identifies him- or herself as Mohawk, Oneida, Onondaga, Cayuga, Seneca or Tuscarora, rather than “Iroquois.” (The December press release was issued the day after members of the Leadership Conference on Civil and Human Rights voted unanimously for a resolution urging a name change.)

The “Community Voices” campaign, like the efforts that preceded it, is not likely to win the Redskins any points with the media or national groups involved in the debate—indeed, it’s a press release that seems to court ridicule by the press.

From NBCSports.com: The team contends that, in response to owner Daniel Snyder’s October 2013 letter to fans defending the team name, the organization received more than 7,000 letters and emails of support, with nearly 200 coming from people who identified themselves as Native Americans or family members of Native Americans. The team claims that only seven letters were received from Native Americans who oppose the team name. It’s an entirely unscientific exercise, oozing with potential bias and lacking any evidence of vetting. It also ignores the organized effort against the name

But to those who are dead-set against a name change, it’s fuel. It’s more confusing verbiage that makes them think they might win this thing and get to keep their racist slur of a name. The militant supporters of the team’s name don’t seem to know it, but they’re rapidly approaching a fourth-and-very long scenario, and no amount of laughable cut-and-paste press releases the team issues will change that. But it’s plain to everyone else that pretty soon there is only going to be one play left: