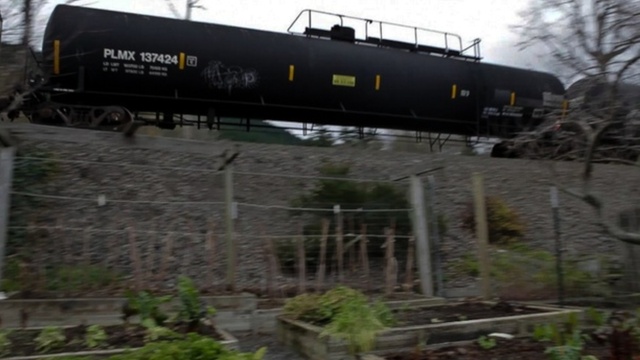 An oil train moves through Skagit County in Western Washington, headed to refineries in the Northwestern part of the state. | credit: Katie Campbell

That concern is prompting legal action. The Center for Biological Diversity and Friends of the Columbia Gorge Thursday filed a 60-day notice to sue the U.S. Coast Guard and the Environmental Protection Agency. The conservation groups say the oil spill response plan needs to be updated to account for endangered species.

Jared Margolis, an attorney for the center, said the response plan hasn’t been updated in 10 years. That means the plan doesn’t include new wildlife habitat and new species on the Endangered Species List, like smelt, also known as eulachon.

“If those spill response plans aren’t up-to-date, they could boom the oil right into critical habitat for endangered species, which can really impact the salmon and sturgeon.” Margolis said.

An EPA spokeswoman said she could not comment on pending litigation. She said cleanup plans in the Northwest include monitoring for endangered species.